October is coming to a close, and with it our Archives Month festivities, but we still have two open houses in the next week for those who would like to come and check out our reading room and some of our materials:

On Saturday, October 28th, we are participating in the San Francisco Archives Crawl, and our reading room will be open from noon until 5pm. On display will be materials from our collections that document counterculture and protest movements, including records from the UCSF Black Caucus, AIDS History Project materials, and selections from the Tobacco Control Archives. 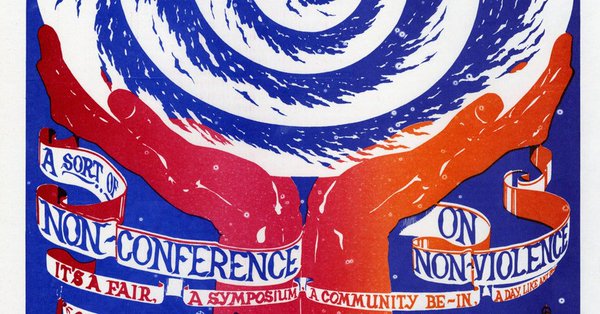 On Monday, October 30th, we will be holding our 2nd annual Halloween Open House from noon until 3pm, where we will showcase some of our “spooky” holdings. This event is being held in conjunction with the Library Maker’s Lab Halloween event, and we will have a button maker available on the 5th floor for those who would like to create Halloween-themed buttons and magnets based upon materials in our collections.

One of the objects on display for our Halloween Open House is our 1883 edition of the Heinrich Hoffmann children’s book, Der Struwwelpeter (or Shockheaded Peter). The book itself is well-known for its collection of rhyming allegories about the dangers of children misbehaving, such as our title character pictured below, who is named Peter and has some shockingly bad grooming habits.

Bound with our copy of Der Struwwelpeter is an adaption of the same work from 1882 by an Obstetrical-Gynecological society that was evidently distributed at a society dinner. Frighteningly, whoever decided to do the adaption chose to focus on childhood disease, instead of misbehavior, and illustrate each disease with it’s own drawing. Even the “normal child” pictured below is a bit unsettling!

October is Archives Month! (also AIDS Awareness Month coincidentally). Since we’re an archive, we’re celebrating! Archives Month, if you haven’t heard of it, is “an opportunity to tell (or remind) people that items that are important to them are being preserved, cataloged, cared for, and made accessible by archivists.” We’ll be taking this opportunity to host all kinds of events and happenings which will revolve around the historical materials we preserve.

What exactly will we be doing? A lot! Here’s a brief summary:

And of course, the main thing we will do this month is the same thing we do every month: steward the materials that document our collective past and inform our future. We hope you’ll join us in October to celebrate archives, and thank you for your support! 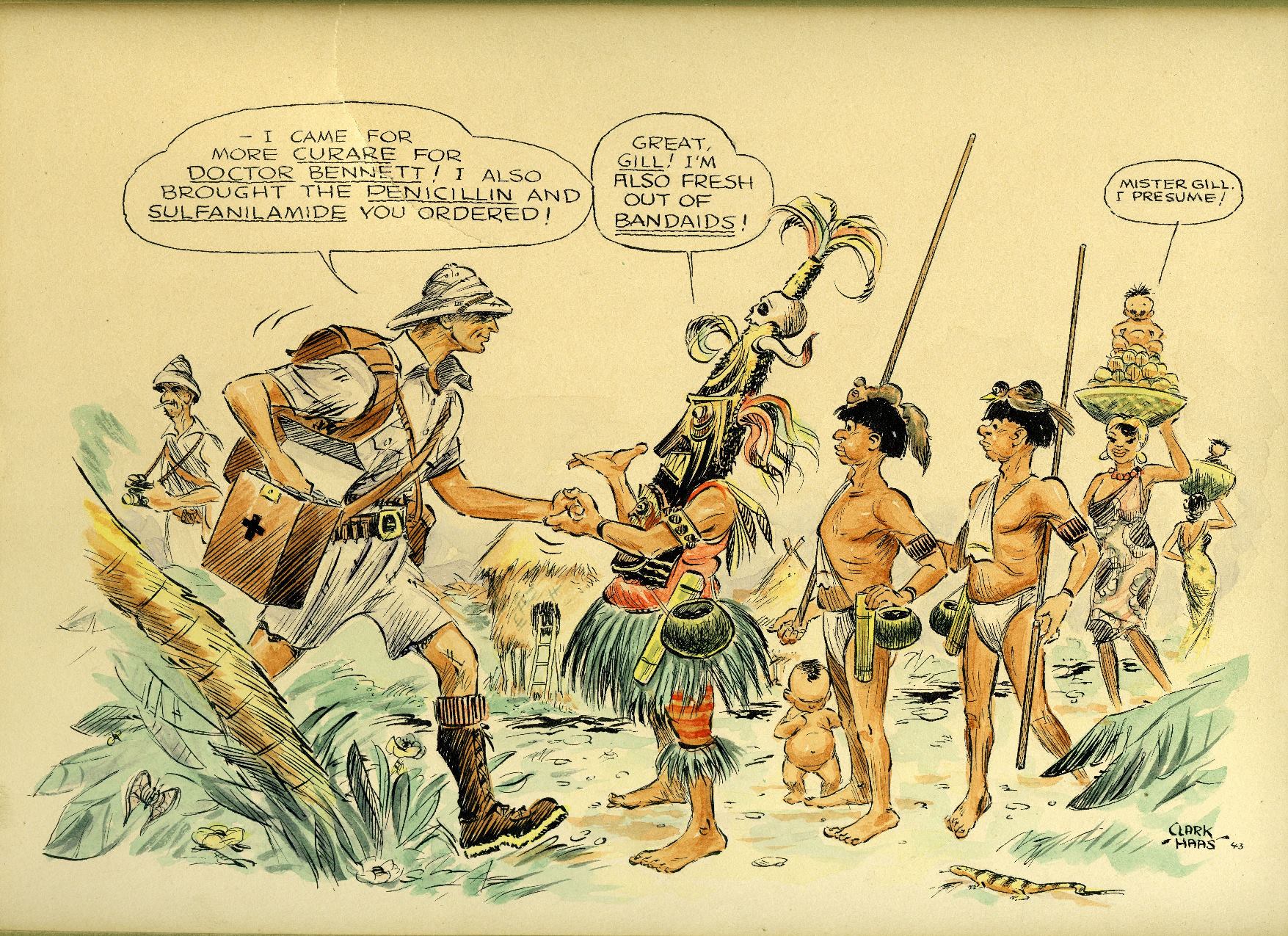 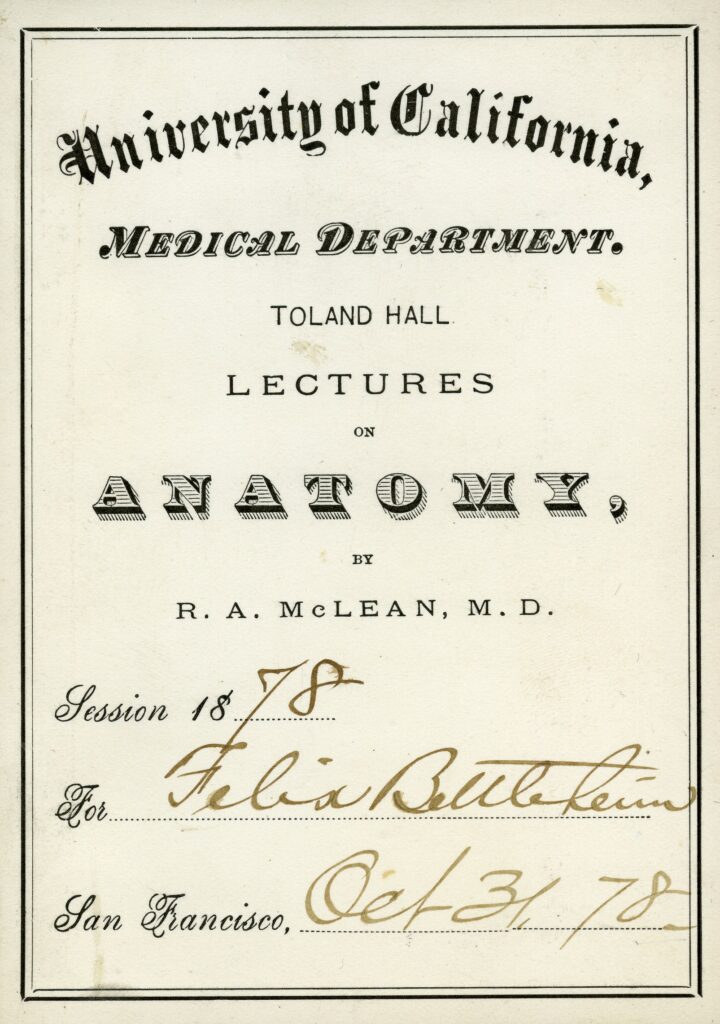 The UC Medical Department tracked attendance and enrollment using lecture admission cards. Note that the lecture on clinical surgery was given by Hugh Toland. This is the same Hugh Toland who gifted his medical school to the University of California in 1873, thus creating what would eventually be the UCSF School of Medicine. 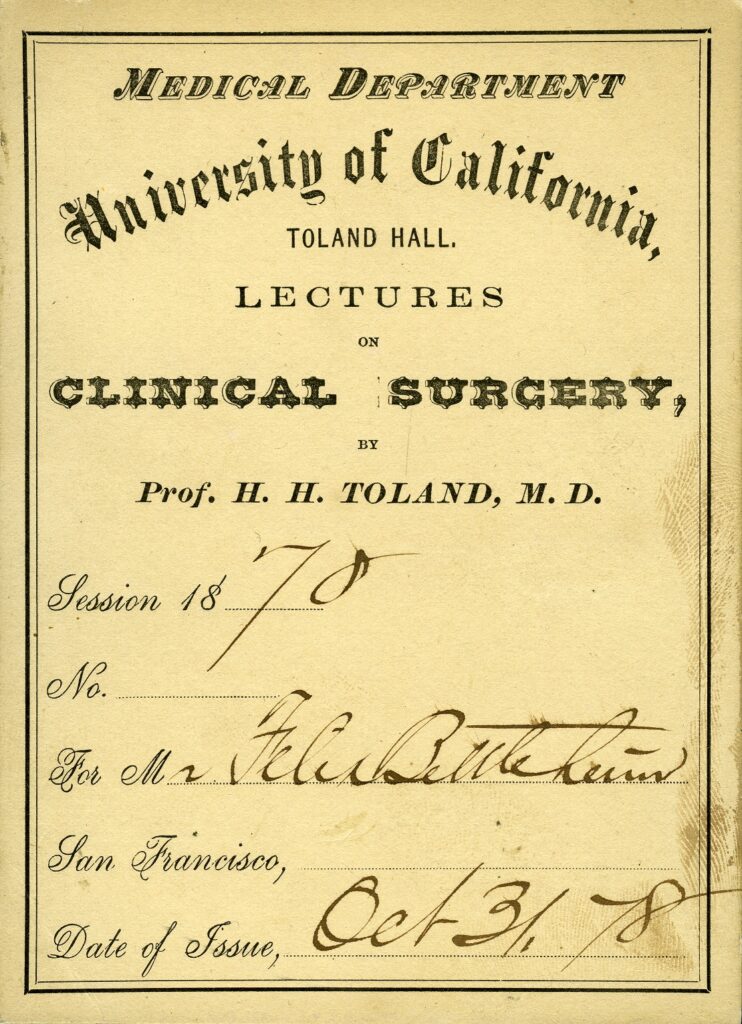 While these tickets were originally designed for academic use, they now look tailor-made for Halloween party invitations!

For more spooky fun in the archives, join us Monday, October 31, for a Halloween Open House in the Archives. 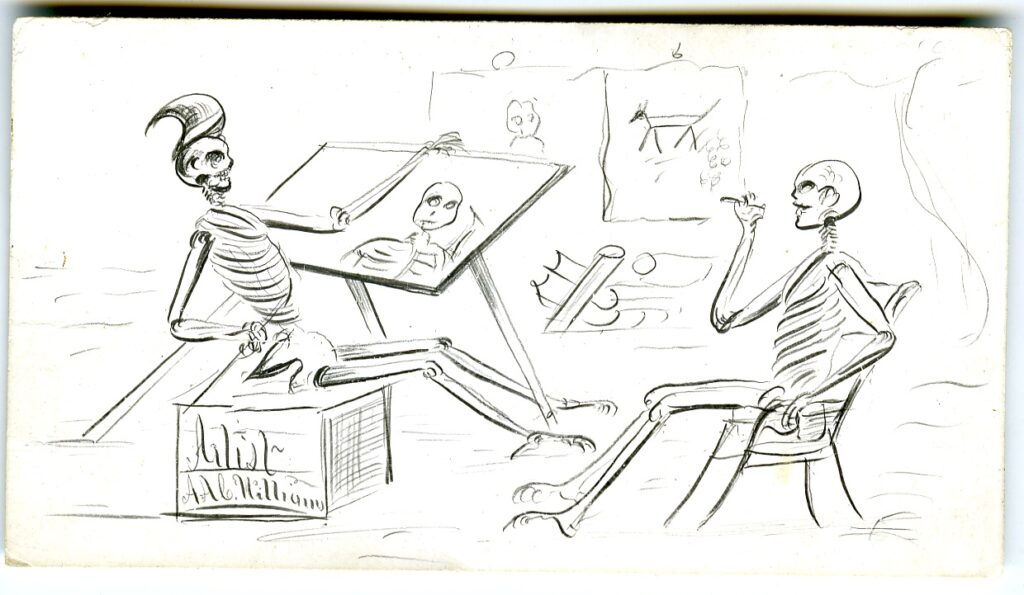 We’re closing out Archives Month with a Halloween Open House in the Archives. Join us from 12noon-1pm on Halloween, Monday, October 31, in the Archives Reading Room. View some of our favorite oddities from the past and a few of our more gruesome historical medical artifacts. 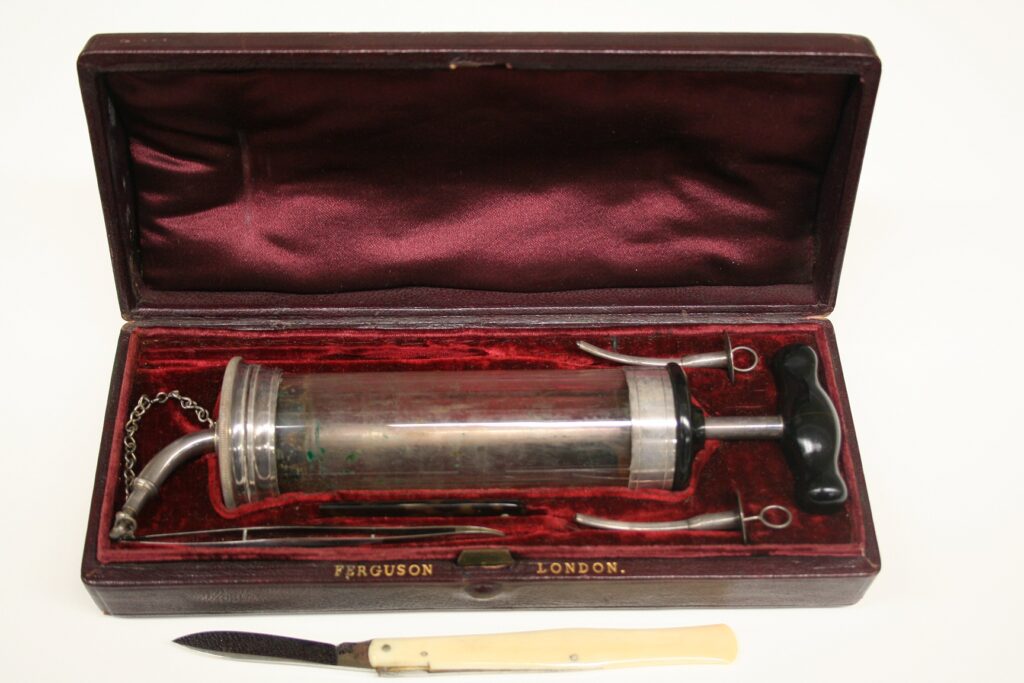 Plus, receive a Halloween goodie bag while supplies last! 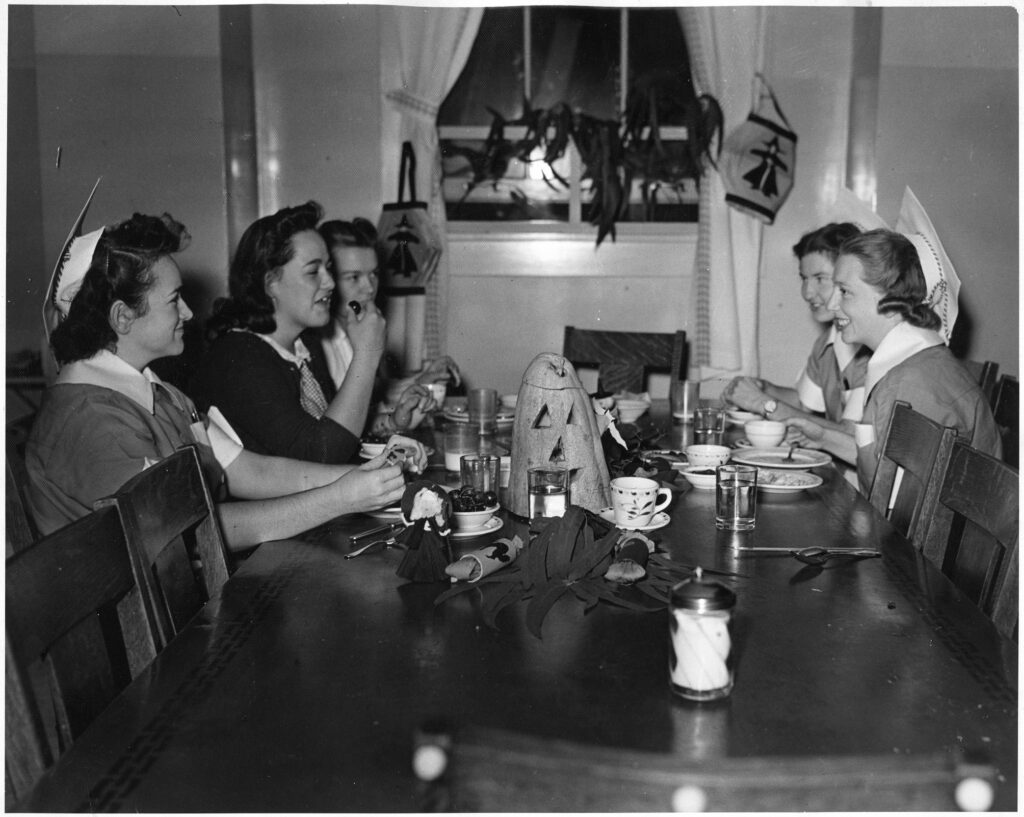 REGISTER HERE for the event.

If you’re looking for some last minute costume inspiration this Halloween, the UCSF archives have you covered!

Students in the School of Nursing, 1951, illustrate the power of teamwork. If you want to dress up as a bunny rabbit, make sure you have a friend willing to wear the complementary carrot costume. It really brings the whole thing together. 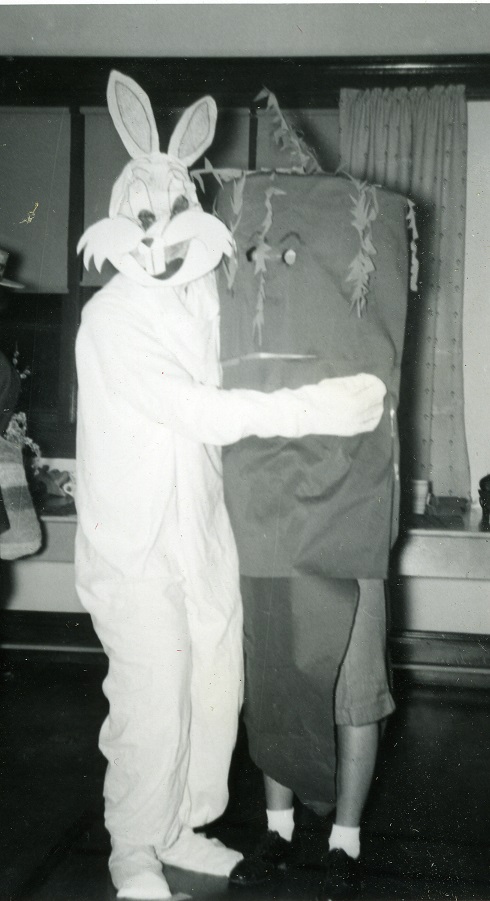 Or you can go with a timely pop culture reference like these two School of Dentistry students in 1987. Well, Maverick and Goose from Top Gun is more of a classic reference now, but you get the idea. 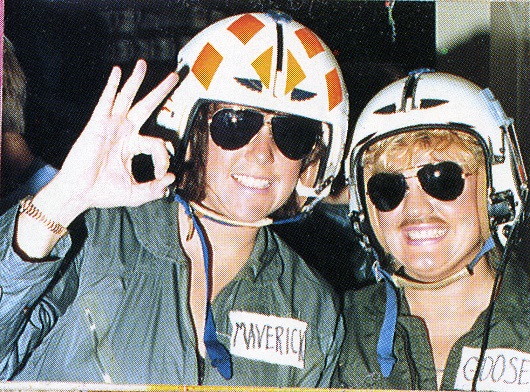 The UCSF Library staff, 1988, is full of ideas ranging from spooky to suave. 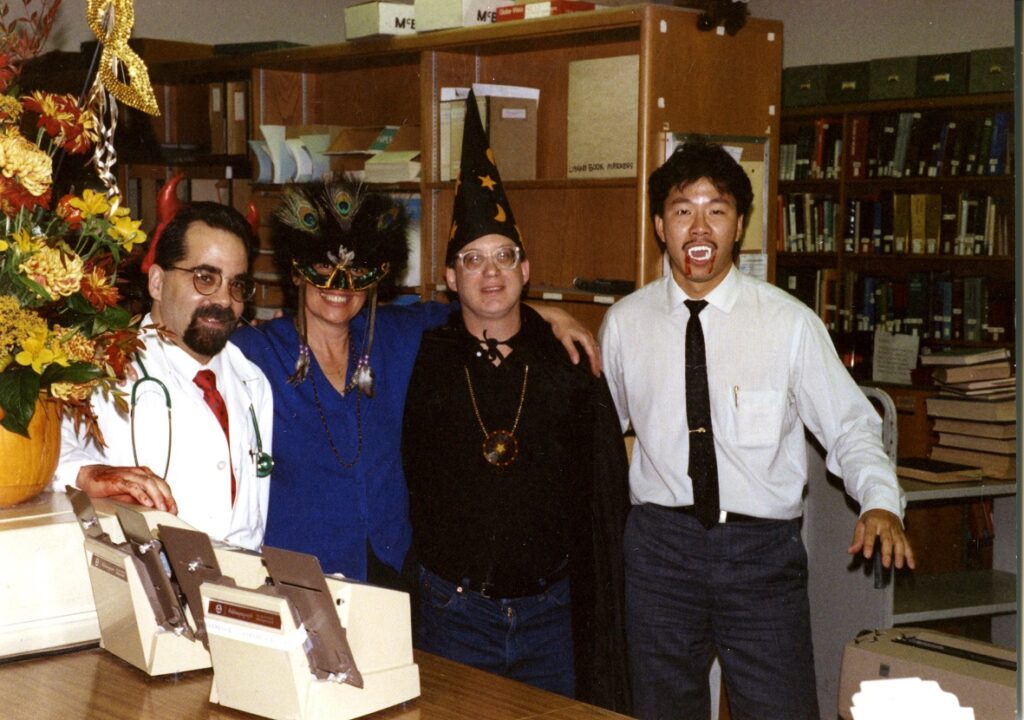 Finally, you can really just go for it, like these three characters visiting the Pediatrics Department in 1973. Not sure if Snoopy and his friends, Gorilla and Flower, are creepy or cute… let’s just say they are elaborate! 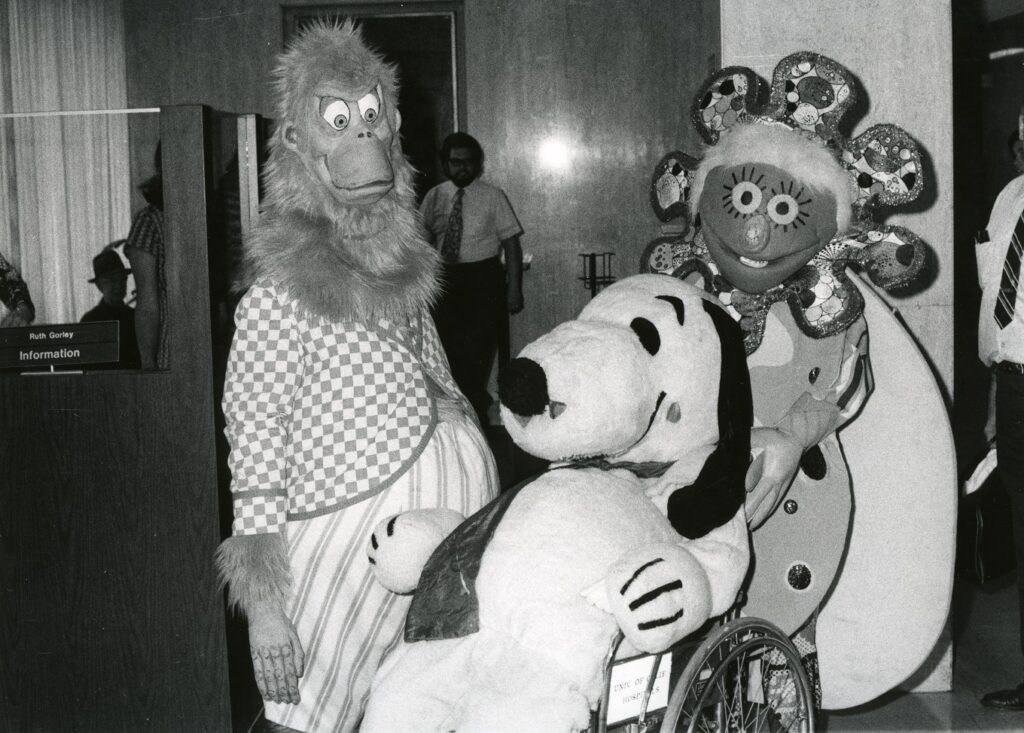