When Robert (Bob) Day retired from UCSF in 2012, his legacy could be measured not only in the number of years of service, students taught, and jokes cracked but also in pounds, volume, and linear feet. Readers of this blog know from recent posts that Bob Day was an inveterate collector of material related to the history of pharmacy in general and the UCSF School of Pharmacy in particular, and the material he accumulated over his 50 years with the university was donated to the UCSF Library’s Archives and Special Collections. The materials processed by archivists totaled 40 linear feet, over 45 boxes, and an untold number of individual items. You might be asking yourself, what does all of this material tell us? What is its significance? And what kind of person would be compelled to collect all of these items? 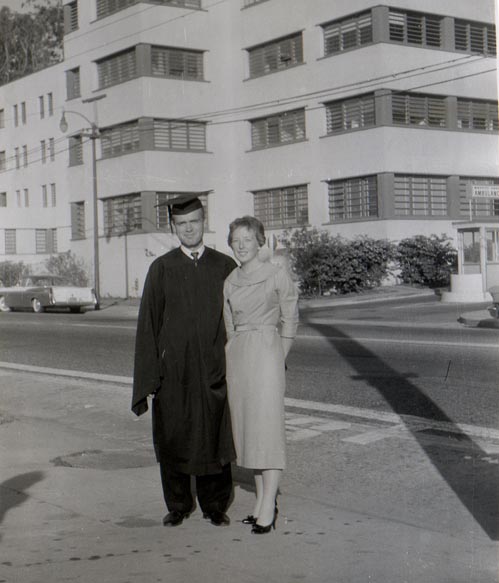 All of those questions were asked – and many of them answered – in a long, detailed, interesting, and rollicking oral history interview I conducted with Bob in the first three months of 2013. In partnership with the UCSF School of Pharmacy and the UCSF Library’s Archives and Special Collections, the Regional Oral History Office of the Bancroft Library at UC Berkeley planned and conducted this interview. In all, a little over 12 hours of interviews were committed to videotape, which were then transcribed, edited, and, now, made available to you here: http://digitalassets.lib.berkeley.edu/roho/ucb/text/day_bob_public.pdf.

What transpired in those dozen hours? END_OF_DOCUMENT_TOKEN_TO_BE_REPLACED 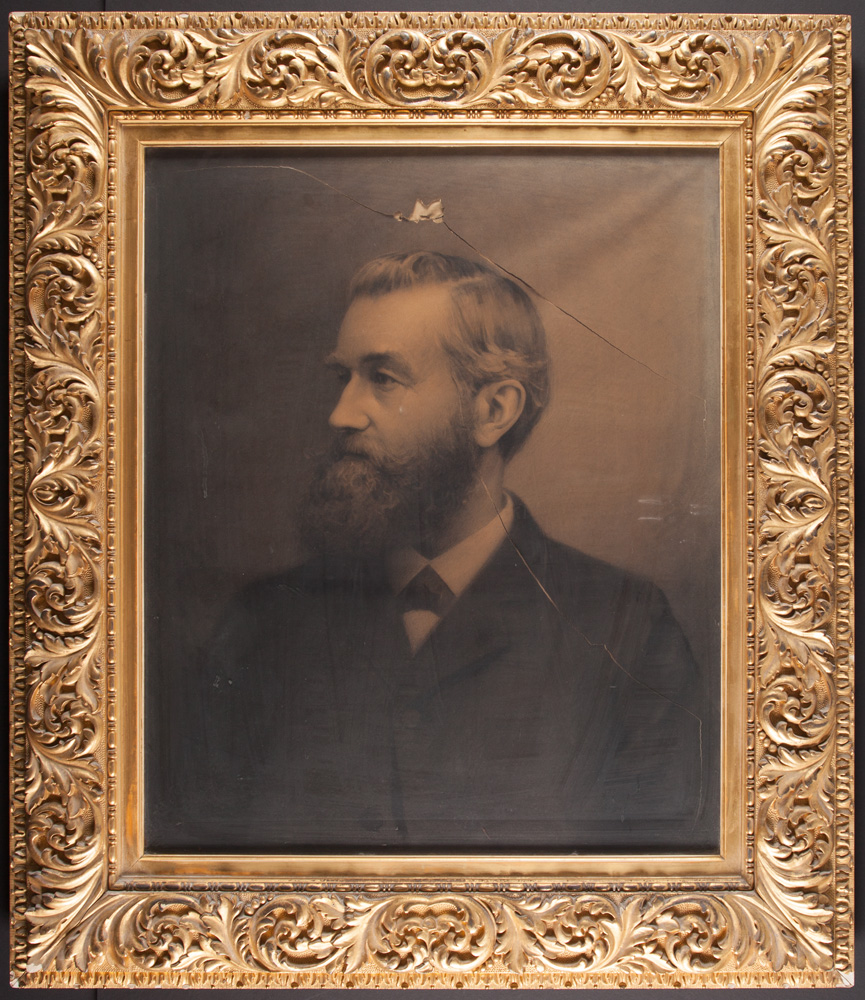 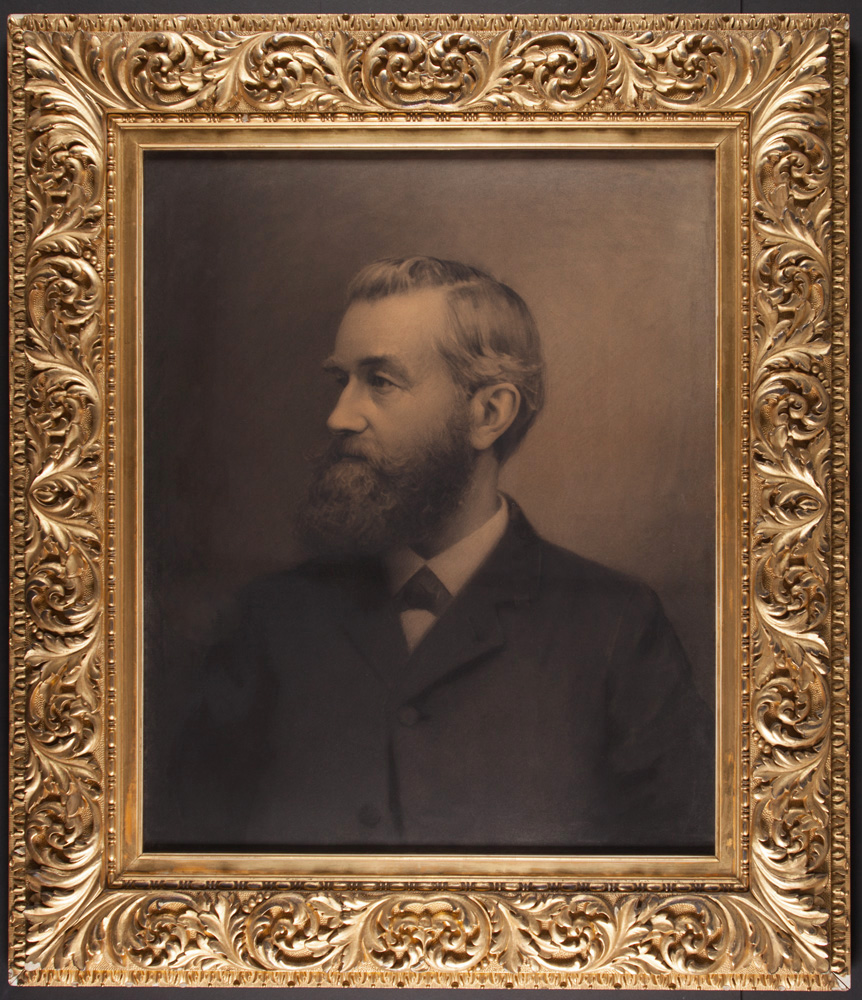 A Processing Prescription for School of Pharmacy History

Have you visited the 5th floor of the UCSF Library lately? If so, you might have seen the latest UCSF Archives and Special Collections exhibit featuring items from the new Robert L. Day Collection. With photographs, scrapbooks, letters, books, and dozens of curious artifacts, the collection illustrates School of Pharmacy history from 1872 to the present day.

When School of Pharmacy Associate Dean Robert Day retired after a distinguished 50-year career at UCSF, his office was bursting at the seams with historical items he had collected. From 19th-century faculty meeting minutes to recent academic plans and reports, from the School’s 1873 Inaugural Address to the research that pioneered the Clinical Pharmacy Program in 1966, his collection tells the story of more than a century of education and innovation in pharmacy practice at UCSF. 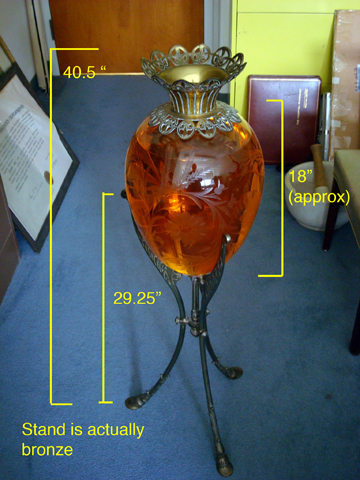 Show globes containing colored liquid were displayed in shop windows to identify the business as a pharmacy or drug store. This show globe belonged to Otto A. Weihe (1896-1961), an alumnus and instructor of the California College of Pharmacy. It contains the original colored liquid used by Weihe family when the globe was installed in the Modesto, CA pharmacy in 1911. Robert L. Day Collection, MSS 2011-23, UCSF Archives & Special Collections.

In addition to papers and photographs, Professor Day gathered enormous pharmacy ledgers containing prescriptions from the 1930s and 1940s, reels of 16mm film and audio tapes, and curious artifacts like a liquid-filled glass show globe. He generously donated these materials to the UCSF Library in 2012.

I joined the Archives and Special Collections staff from November 2012-May 2013 as a Project Archivist to process the Day collection and to prepare it for research and exhibit use. It was fascinating to peruse items like 19th-century textbooks from “Materia Medica” courses and to examine boxes of patent medicines for ailments like “dyspepsia” and “pleurisy.” I cataloged leather-bound volumes of faculty meeting minutes and reviewed letters from dozens of alumni recounting colorful stories of their early-twentieth-century student days and later careers. (A complete collection description and research guide is available on the Online Archive of California.) END_OF_DOCUMENT_TOKEN_TO_BE_REPLACED