This is a guest post by Allen Smoot, UCSF Archives Intern.

As an intern for the UCSF Archives, I’ve been working on digitized state medical society journals and tobacco control collections. At UCSF, the Archives and the Industry Documents Library both house immense collections of tobacco-related material. In the Industry Documents Library there are millions of documents from tobacco companies about their manufacturing, marketing, and scientific research.  I narrowed in on chewing tobacco and how it became popular in the sporting world. 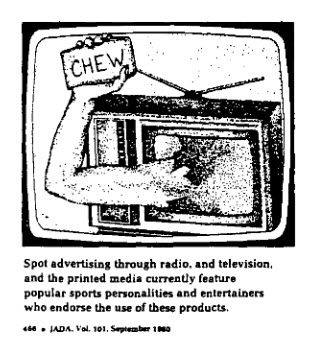 Image from “The case against smokeless tobacco: five facts for the health professional to consider,” September 1980, page 4.

Smokeless tobacco gained popularity in the United States in part because many jobs prohibited workers from smoking on site.  Advertising also played a role; for example, an article in 1980 outlined the various ways that tobacco companies targeted college campuses and youths through their advertising for chewing tobacco. A report in 1984 cited that in Atlanta, 11% of sample elementary and high school students regularly used snuff.

In the sports world, the numbers could be higher. The same 1984 report, for instance, noted that in a Texas sample, one in every three varsity college athletes on baseball or football teams took two to eight dips per day.  Sports idols like Sparky Lyle, former ace pitcher for the New York Yankees and Texas Rangers, contributed to chewing tobacco usage by serving as spokespersons for tobacco companies. Lyle promoted Levi Garrett pouch chewing tobacco on TV by claiming, “Most ball players dream about making it to the Hall of Fame, but I’d be satisfied for people just to remember me as the guy with the great chewing tobacco.” 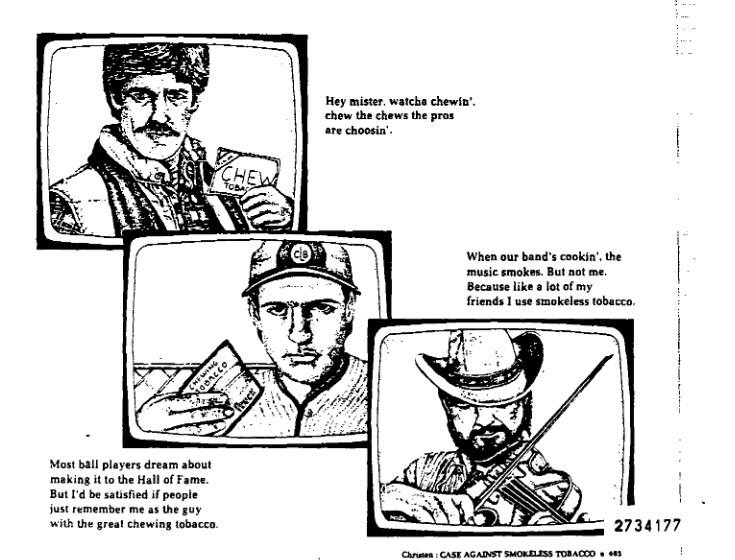 Image from “The case against smokeless tobacco: five facts for the health professional to consider,” September 1980, page 3.

You can read more documents related to smokeless tobacco online in the Industry Documents Library and in the State Medical Society Journals Collection. You can also visit the UCSF Archives and view the Tobacco Control Archives.