This is a guest post by Sophia Lahey, UCSF Archives and Special Collections Intern.

Recently, as part of a larger UCSF Archives and Special Collections digitization project, over 200 medical journals from various state medical associations were digitized and added to the Internet Archive. In order to ensure scan quality, I sifted through thousands of pages to make sure everything was clear enough so that the search function would work properly. As long as the scans are clean, you can search for any word in the entire collection! For instance, I searched the words “alcohol” and “prohibition” and came up with some fascinating results.

The first items that struck me when I started to read through the journals were the ads. In addition to the articles, the ads serve as evidence for historians about how people lived, what was socially acceptable, and what they were interested in buying. In these journals, most of the ads were geared towards doctors, advertising things like medicine, medical instruments, insurance, and even computer management systems. 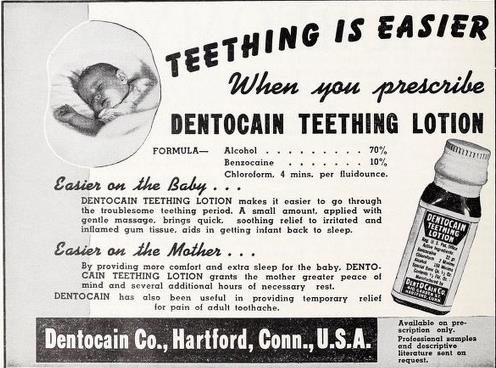 This ad for Dentocain Teething Lotion is from the 1950s. The infant teething medication advertised is 70% alcohol and includes chloroform!  By modern medical standards, this product would definitely raise some red flags. As I kept looking through more journals, I noticed that the older ones featured alcohol in many of the medicines advertised. 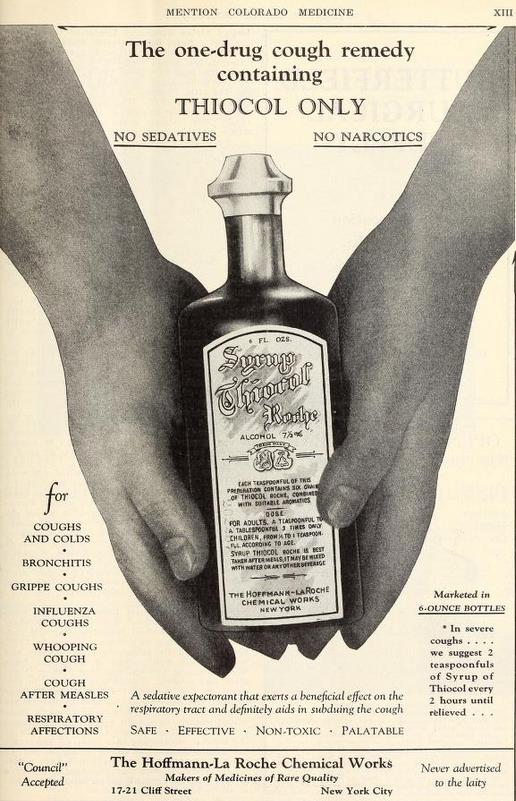 In this ad, though the ingredients aren’t listed, you can see on the bottle that the medicine contains 7 1/2% alcohol. The ad was published in 1927, during prohibition. So how could medicine contain alcohol when it was illegal? Well, alcohol could still be prescribed by a doctor. Like other medications, a doctor had to fill out a prescription in order for a patient to get items, like whiskey, for medicinal reasons. 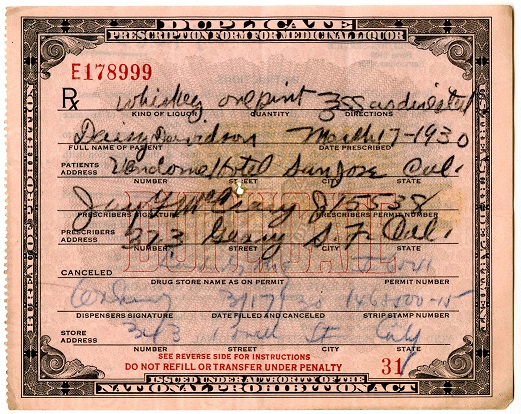 Some doctors wrote prescriptions for liquor off record and for a profit. This created a controversy – government legislation vs. the rights of the practitioner to prescribe as much as he or she felt was needed. This lead to court cases as well as strongly worded opinion pieces about said court cases and ethics in the medical community. These opinion pieces as well as other news stories can be read in the medical journals in the UCSF collection.