Louis Perfecto Oviedo graduated from the UCSF School of Medicine (then called the Medical Department of the University of California) in 1891. According to census records, Oviedo was born in San Francisco, California in 1871. His mother and father were both from Mexico. 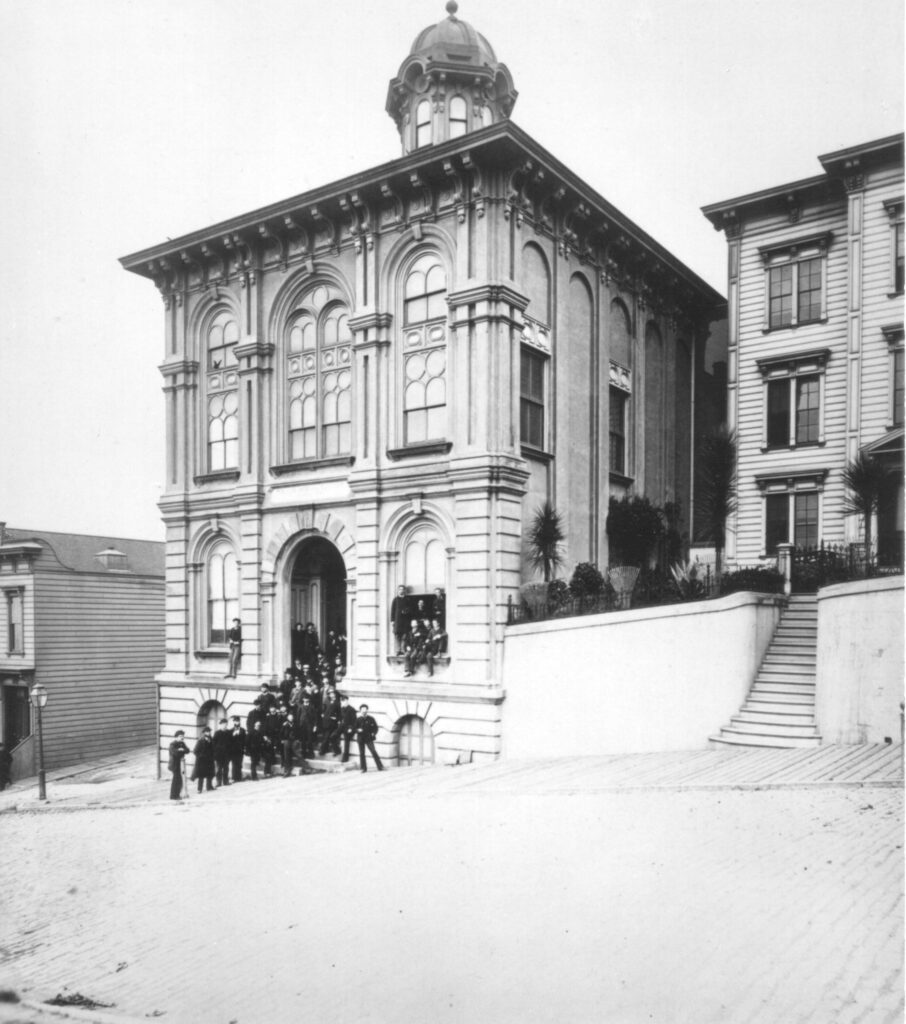 Toland Medical Building, circa 1885. Oviedo would have attended courses in this building. UCSF Archives, Photograph collection

Oviedo attended St. Mary’s College in the Bay Area before completing his medical degree. He later worked at French Hospital in San Francisco and started his own private practice.

Oviedo and his wife, Alicia, participated in community and service organizations in the city. For instance, in 1896, they helped organize the Women’s Educational and Industrial Union’s Carnival of Nations, a fundraising event for the group’s building fund. Alicia and Louis manned the Mexican booth during the event. 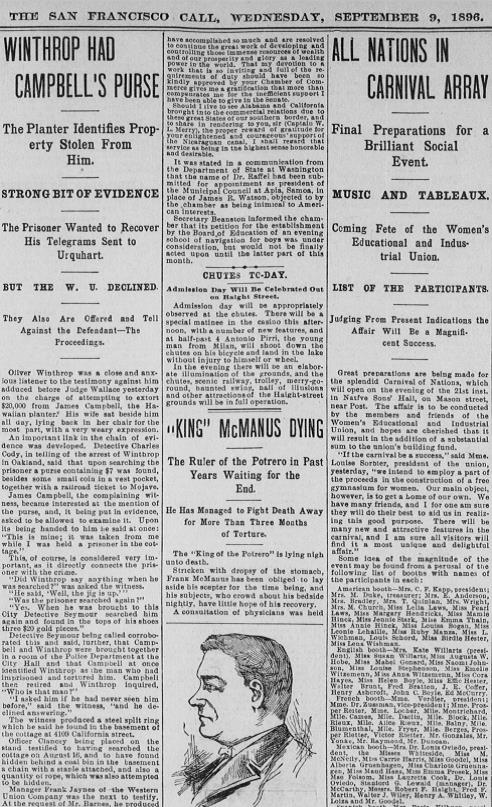 Oviedo died on May 30, 1898 in San Francisco. The young doctor was survived by his wife and son, Louis Jerome Oviedo. Records indicate that Alicia was pregnant at the time of Louis’s death; in July, 1898, she gave birth to another son, George Francis Oviedo. 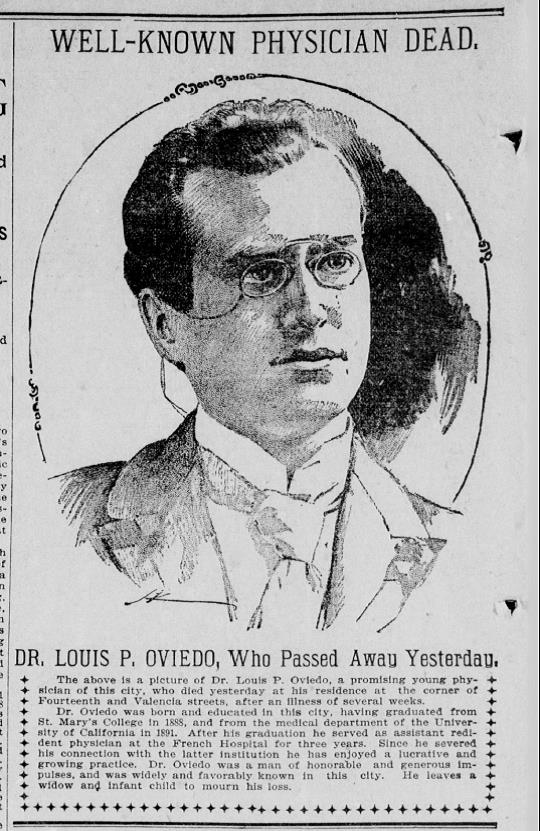 Louis Jerome Oviedo and George Francis Oviedo both followed in their father’s footsteps. In 1923, Louis and George graduated from the UCSF School of Medicine! 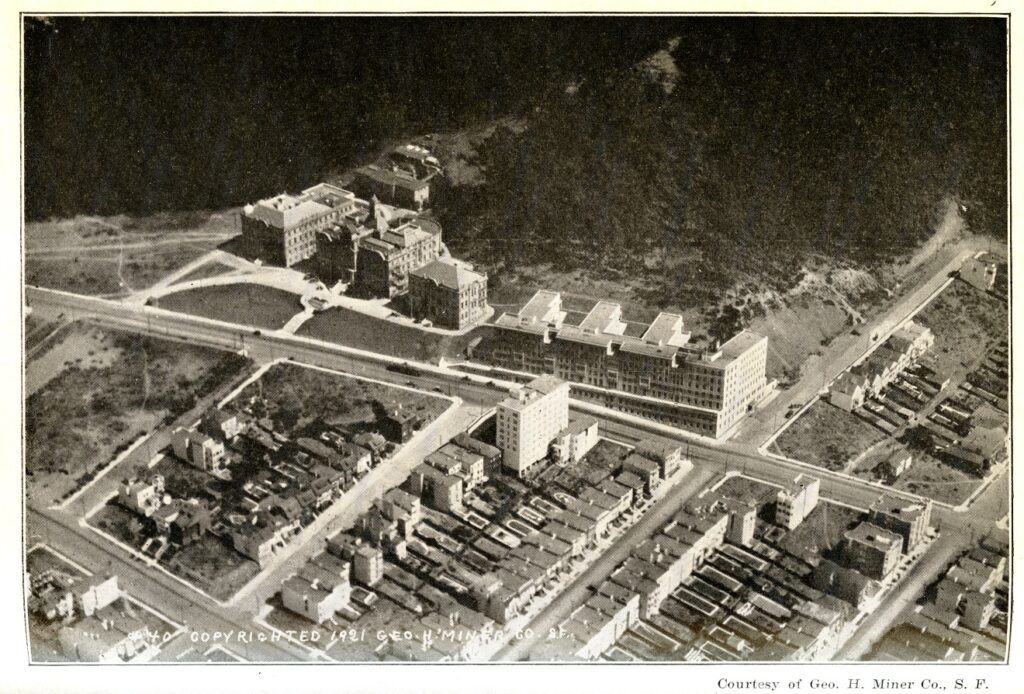 Please join us in the Library, Thursday, October 8, 2015, for the UCSF Latino Heritage Month Celebration, hosted by Diversity and Outreach and Alumni Relations. Learn more about the event and RSVP here.