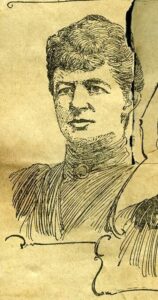 Ward was a prominent San Francisco surgeon, obstetrician, and gynecologist from 1887 to her death in 1919. She dedicated her life to providing safer, more accessible medical care for women and developing techniques that made childbirth less dangerous.

Ward received medical training from a number of hospitals and schools in Europe and the United States, including California’s foremost homeopathic institution, Hahnemann Medical College of the Pacific. She later served as Professor of Obstetrics at Hahnemann and held leadership positions in local and national organizations, including becoming vice president of the American Institute of Homeopathy. In 1915, Ward became the second woman to be elected to the American College of Surgeons, an appointment that recognized her many contributions to the fields of gynecology and surgery. 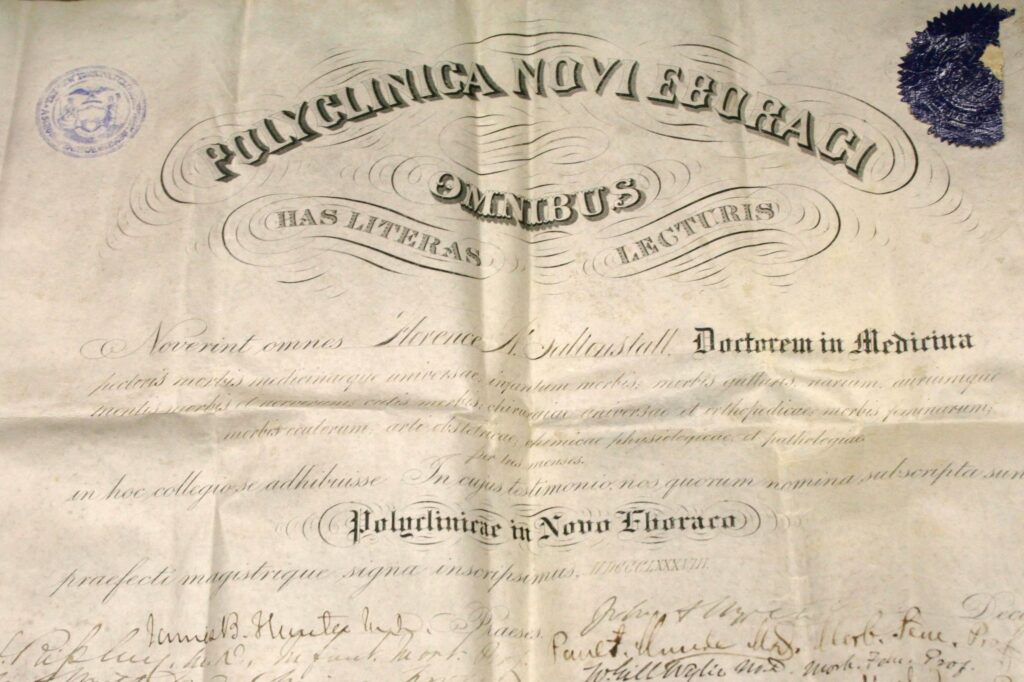 Ward built her own sanatorium exclusively for women in San Francisco between 1907 and 1910. She employed an all-female staff and provided unique career opportunities for women with professional medical training. 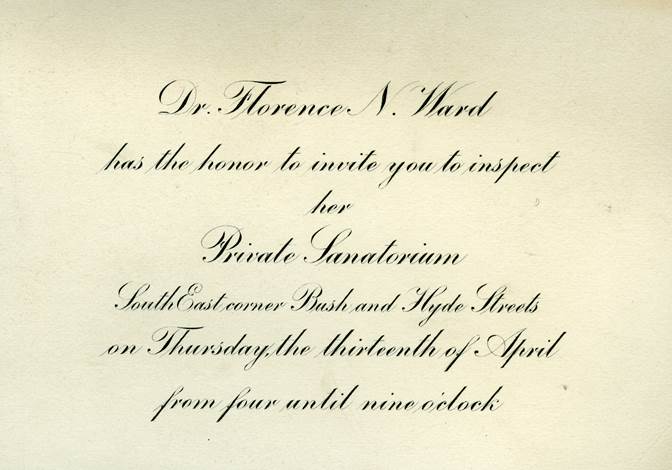 Ward’s practice blended conventional medical techniques with homeopathic remedies and treatments. Homeopathy was developed by Samuel Hahnemann in the early 19th century. His system was based on the theory that a substance that causes certain symptoms in a healthy person will cure those symptoms in a sick person. Ward was likely drawn to homeopathy in part because the field provided more opportunities for women than conventional medical practice. For instance, homeopathy schools regularly accepted female students while medical schools routinely denied women applicants because of their gender. Homeopathic professional organizations also welcomed women’s participation. As women struggled to find a place in the American Medical Association, Ward and other women helped lead the American Institute of Homeopathy and delivered papers at major homeopathy conferences. 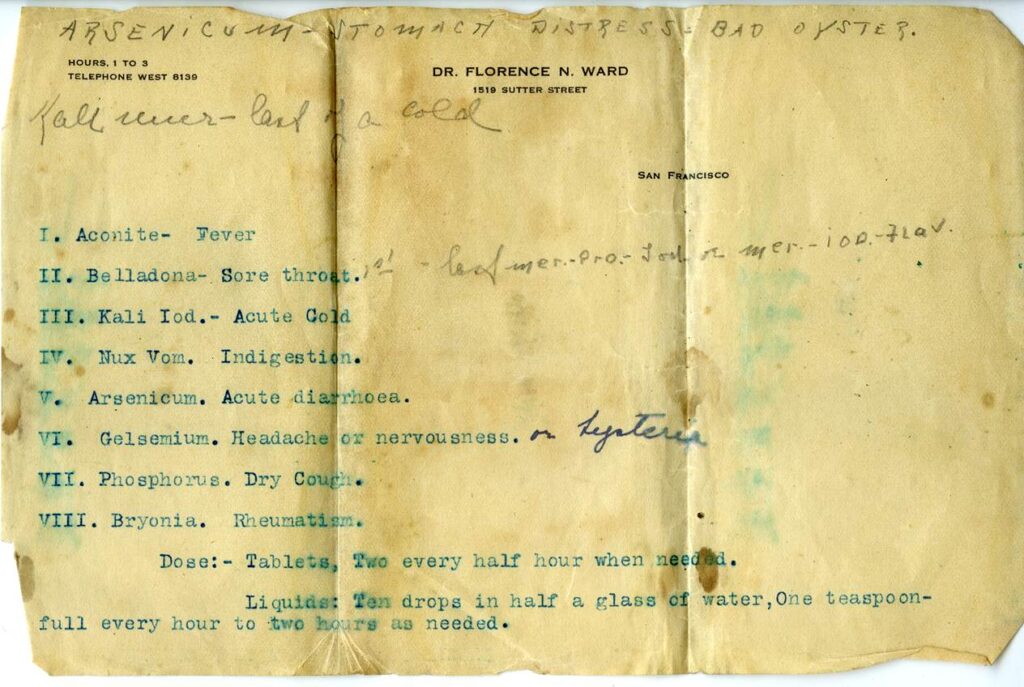 At UCSF, we house the Florence Nightingale Ward papers, MSS 2011-08, and a collection of rare homeopathy material. Ward’s papers include homeopathic medicine kits used by her in the late 19th century. Take a look inside one monogrammed kit below. Many of the vials contain substances still used in homeopathic remedies today! 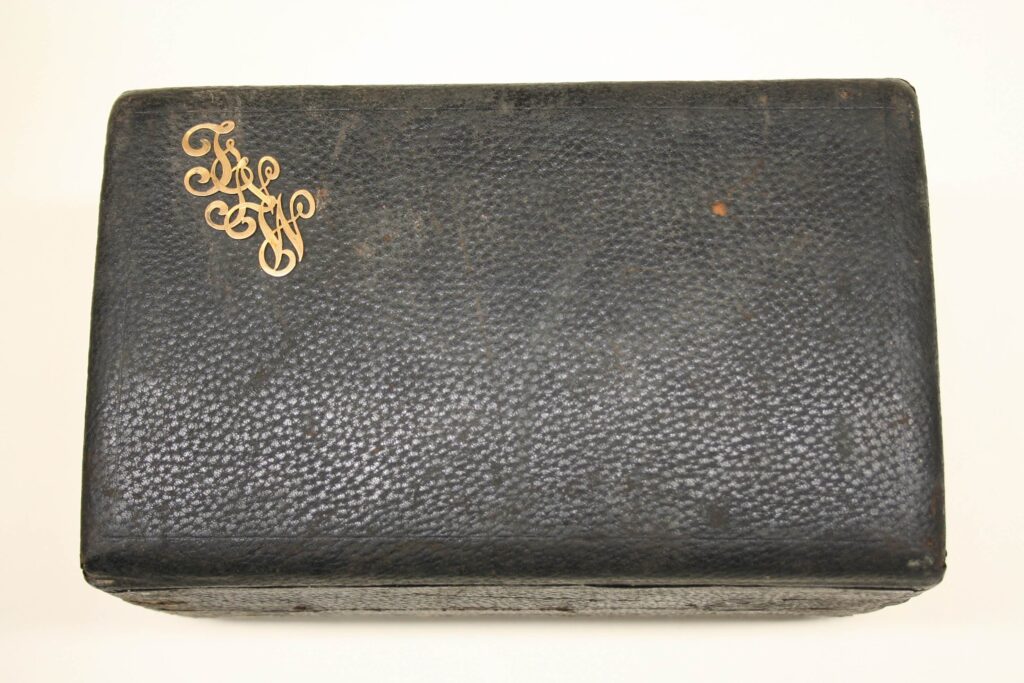 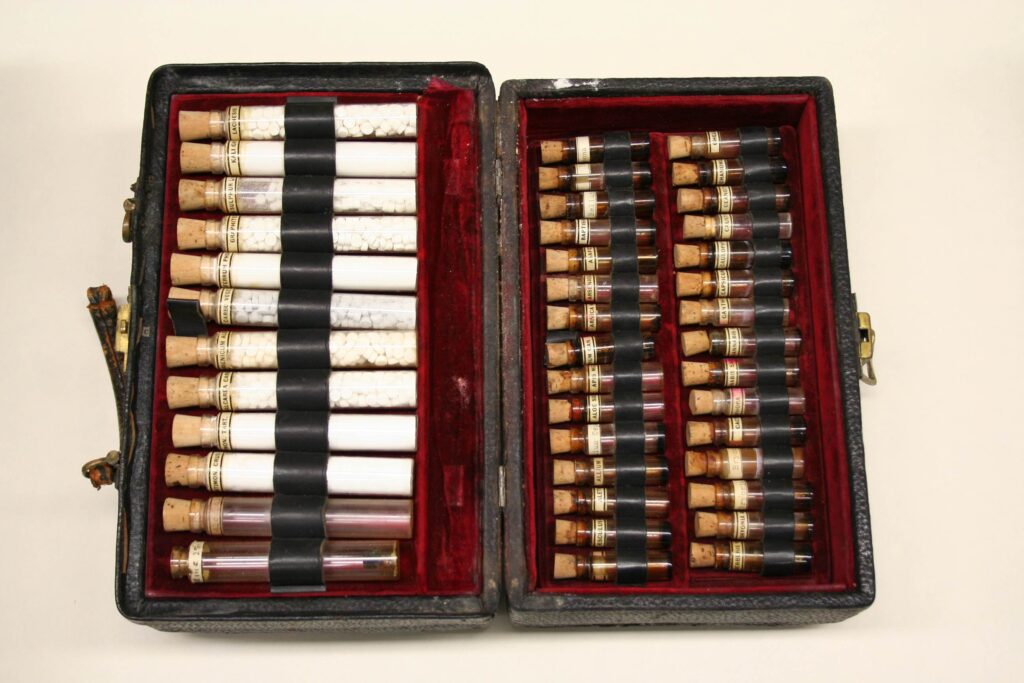 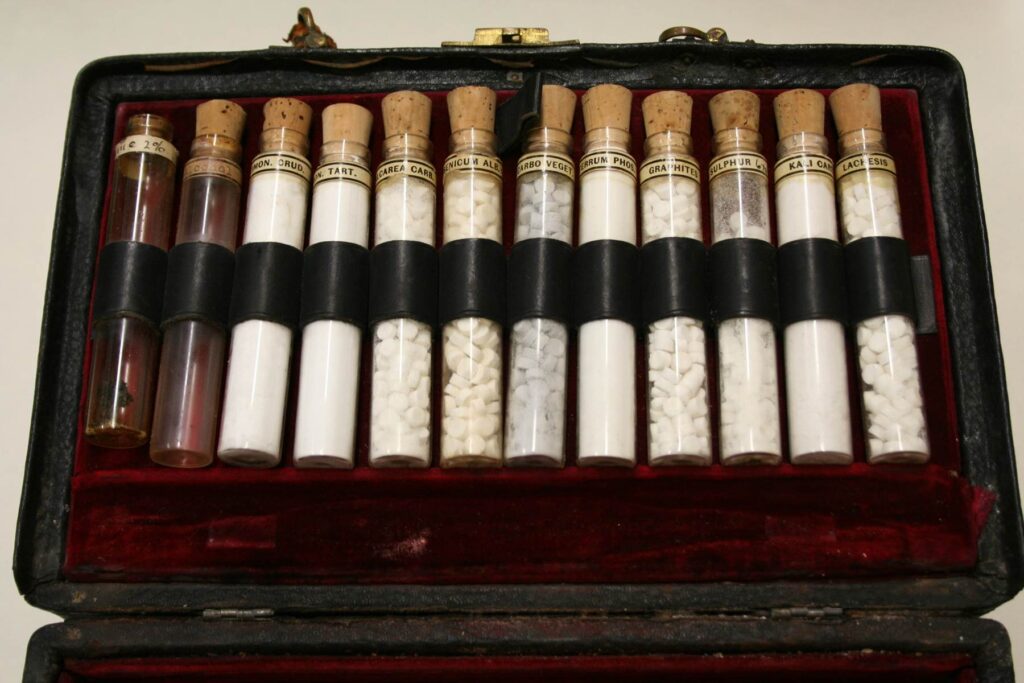 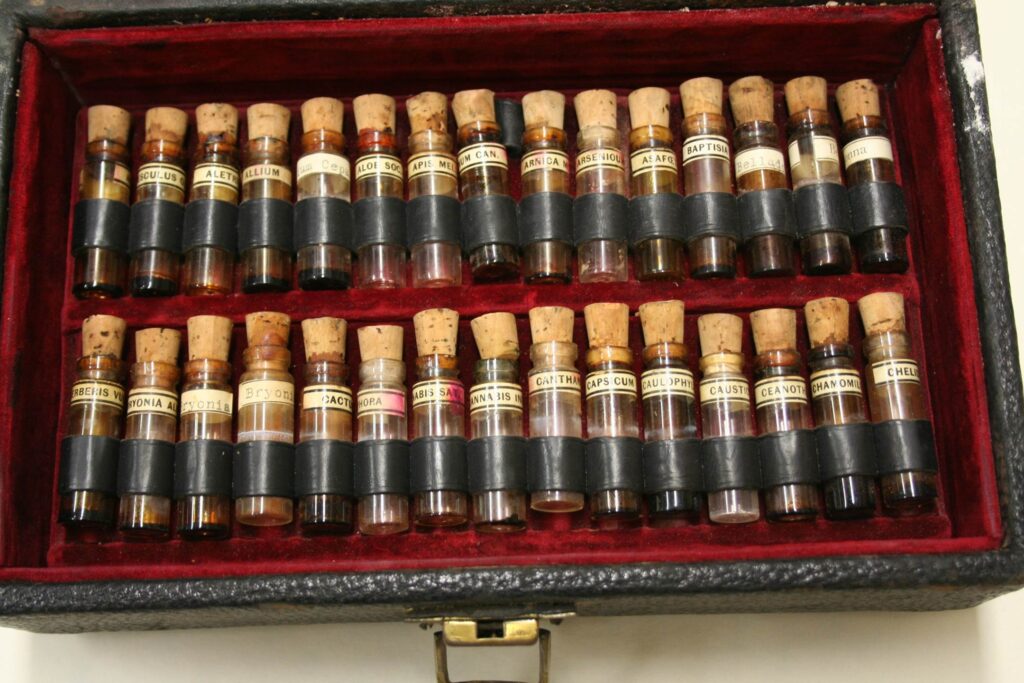