Laurie Garrett, Pulitzer Prize-winning science journalist and researcher, recently donated her papers to the UCSF Archives and Special Collections. Ms. Garrett is the only writer to have been awarded all three of the Big “Ps” of journalism: the Peabody, the Polk, and the Pulitzer. 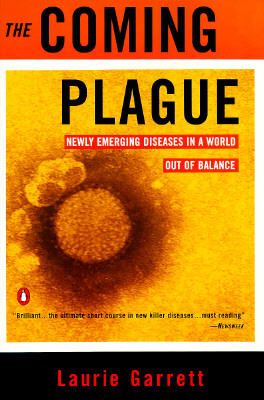 Ms. Garrett is the best-selling author of The Coming Plague: Newly Emerging Diseases in a World Out of Balance (1994) and Betrayal of Trust: The Collapse of Global Public Health (2000). Her latest book is I Heard the Sirens Scream: How Americans Responded to the 9/11 and Anthrax Attacks (2011). She graduated with honors in biology from the University of California, Santa Cruz, attended graduate school in the Department of Bacteriology and Immunology at the University of California, Berkeley, and did laboratory research at Stanford University with Dr. Leonard Herzenberg. During her PhD studies, Ms. Garrett started reporting on science news at KPFA, a local radio station. This hobby soon became far more interesting than graduate school, and she took a leave of absence to explore journalism. In 1980, she joined National Public Radio, working out of the network’s bureaus in San Francisco and, later, Los Angeles as a science correspondent. In 1988, Ms. Garrett left NPR to join the science writing staff of Newsday. Her Newsday reporting has earned several awards: Award of Excellence from the National Association of Black Journalists (for “AIDS in Africa,” 1989), First Place from the Society of Silurians (for “Breast Cancer,” 1994), and the Bob Considine Award of the Overseas Press Club of America (for “AIDS in India,” 1995). Since 2004, Laurie Garrett has been a senior fellow for global health at the Council on Foreign Relations in New York. Ms. Garrett was awarded doctorates Honoris Causa by three universities: Illinois Wesleyan University, the University of Massachusetts Lowell, and Georgetown University.

The Laurie Garrett papers consist predominantly of the research files used by Ms. Garrett in the writing of her two books, The Coming Plague and Betrayal of Trust. They contain numerous drafts and published newspaper and magazine articles, including her Pulitzer Prize-winning 1996 series printed in Newsday, chronicling the Ebola virus outbreak in Zaire. Also included are a series of 25 articles, “Crumbled Empire, Shattered Health,” on the AIDS epidemic and public health crisis in the former Soviet Union that received the George Polk Award for Foreign Reporting in 1997. This collection encompasses a wealth of primary resources consisting of correspondence, interviews, photographs, and ephemera, including HIV/AIDS-related posters from around the world. A sizable part of the collection includes research materials, interviews and notebooks (that will be transferred to the archives at a later date) from the time when Laurie Garrett was a science correspondent for NPR, Newsday, and wrote for the Washington Post and the Los Angeles Times, among many other publications.

This sizable collection consisting of more than 150 linear feet spans from the mid-1970s to 2013. It documents a broad array of subjects related to global health, newly emerging and re-emerging diseases –primarily the HIV/AIDS epidemic, SARS, avian flu, Ebola, Anthrax, and influenza – and their effects on foreign policy, national security, and bio-terrorism. 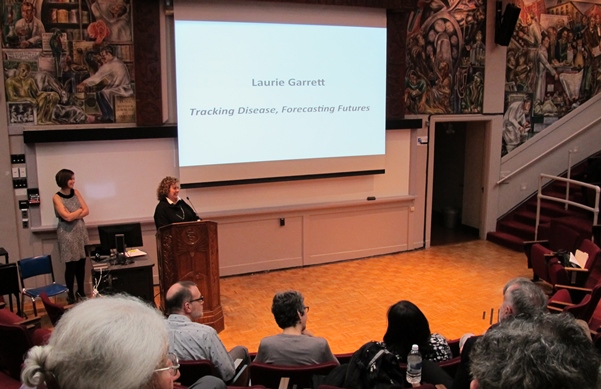 Laurie Garrett gave a lecture at Toland Hall on UCSF campus on February 21, 2014

The Laurie Garrett papers are a major acquisition for the UCSF archives and it will enhance several existing areas of collecting, in particular history of HIV/AIDS epidemic, infectious and chronic diseases, and global and public health. UCSF is considered one of the preeminent repositories of AIDS-related materials and Ms. Garrett’s collection complements papers from the AIDS History project that began in 1987 as a joint effort of historians, archivists, AIDS activists, health care providers, and others to secure historically significant resources about the response to the AIDS crisis in San Francisco. For more than thirty years since Ms. Garrett started covering the outbreak in San Francisco (even before it became publicly known that a virus was responsible), she has been collecting materials on the evolution of the HIV pandemic. Her vast and comprehensive files contain information on many topics including the social origins and history of HIV/AIDS; HIV drugs; President Reagan’s and Clinton’s AIDS policies as well as detailed HIV/AIDS information on many different countries. Her extensive writings and files on the subject of public health mesh well with the materials from the Philip Randolph Lee and Harold S. Luft papers already preserved in the UCSF archives.

The availability of these materials for research will help advance the study and teaching of the health sciences, and allow further analysis of how medical discoveries were presented and described to a broader audience. The papers of Ms. Garrett, a gifted and internationally recognized author and investigative reporter, will serve as a source of inspiration for novice and experienced medical and science writers and journalists.

The Laurie Garrett papers were officially unveiled during the special presentation she gave at UCSF on February 21, 2014.

For more information, or if you have questions on how to access this collection, please contact Polina Ilieva: polina.ilieva@ucsf.edu.

Join us on Friday, February 21st as Laurie Garrett, Pulitzer Prize-winning science journalist and researcher, gives a special presentation at UCSF. This is the inaugural lecture in a new series from UCSF Archives & Special Collections. 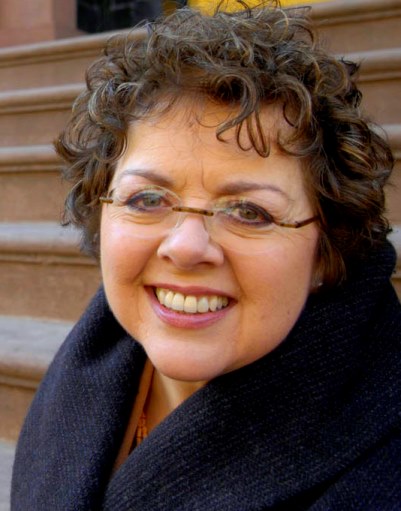 About Laurie Garrett
As a medical and science writer for Newsday in New York City, Laurie Garrett became the only writer ever to have been awarded all three of the Big “Ps” of journalism: The Peabody, The Polk (twice), and The Pulitzer. Laurie is also the best-selling author of The Coming Plague: Newly Emerging Diseases in a World Out of Balance and Betrayal of Trust: The Collapse of Global Public Health. In March 2004, Laurie took the position of Senior Fellow for Global Health at the Council on Foreign Relations. She is an expert on global health with a particular focus on newly emerging and re-emerging diseases; public health and their effects on foreign policy and national security. Learn more.

The second lecture “Remembering the first years of AIDS epidemic” is scheduled for Wednesday, April 16th  from 12 pm-1 pm at the Lange room in the Library and will feature Drs. Volberding, Cooke, Greenspan, Abrams.