Last week we looked at the Dental Department “Earthquake Class” of 1906. This week we have another unique dentistry story. It involves feuding faculty, buried treasure, and a surprise discovery!

The Dental Department / College of Dentistry of the University of California was established in 1881. San Francisco practitioner Samuel W. Dennis, MD, DDS, was instrumental in its founding; he gathered support from Medical Department faculty, corresponded with other dental programs in the country to create a curriculum, and recruited dental instructors. He served as the first dean of the school from 1881-1882 and was later reappointed, serving from 1883-1885. 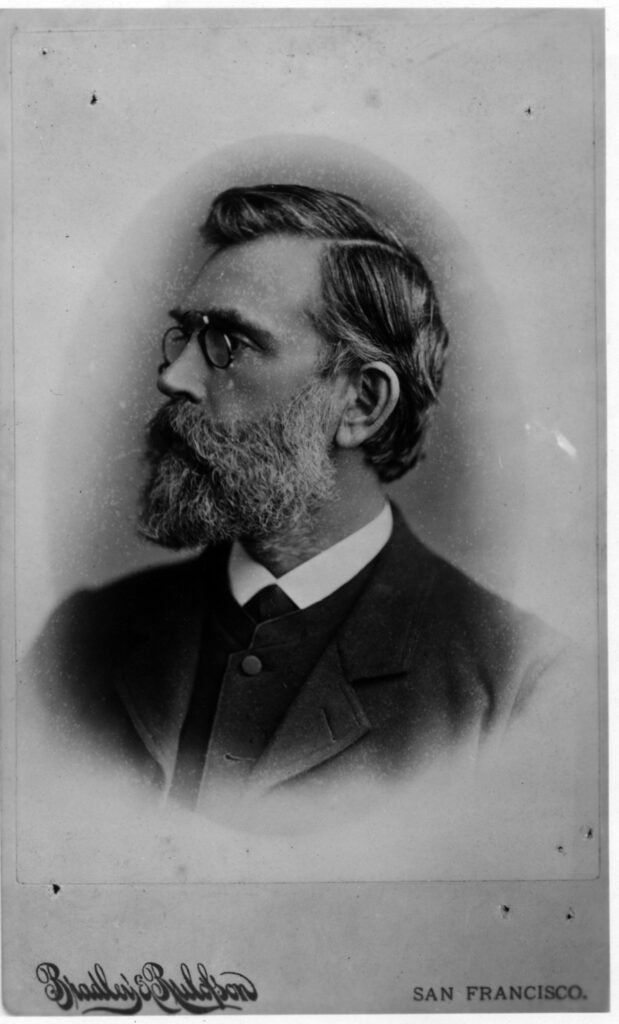 Disagreements concerning curriculum and the school’s administration quickly developed between Dennis and his fellow dental faculty members. Tensions continued to mount for the next fifteen years until a disgruntled Dennis left the college in 1896. 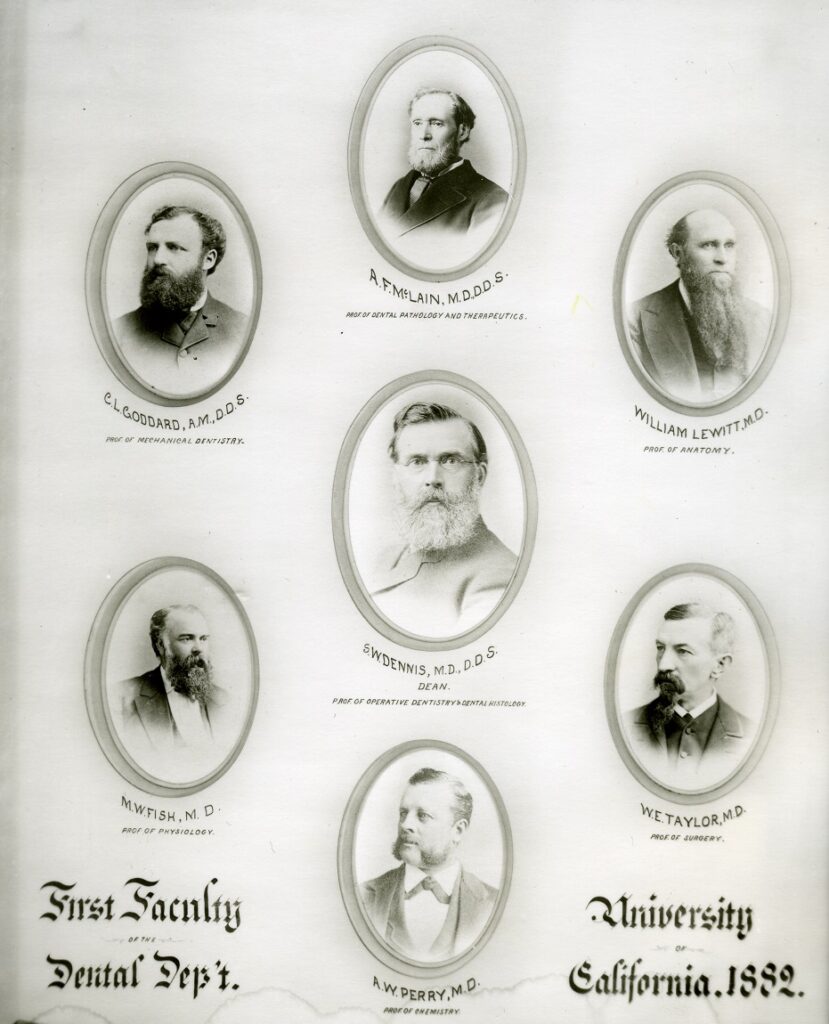 When Dennis left, he took with him a number of the school’s early records, including receipts, announcements, lecture notes, and examples of course requirements and examinations. Apparently, he then buried the material in a lead box under a grove of eucalyptus trees in South San Francisco. When Dennis died in 1906 (some accounts say 1907) he had never revealed the exact location of the records. 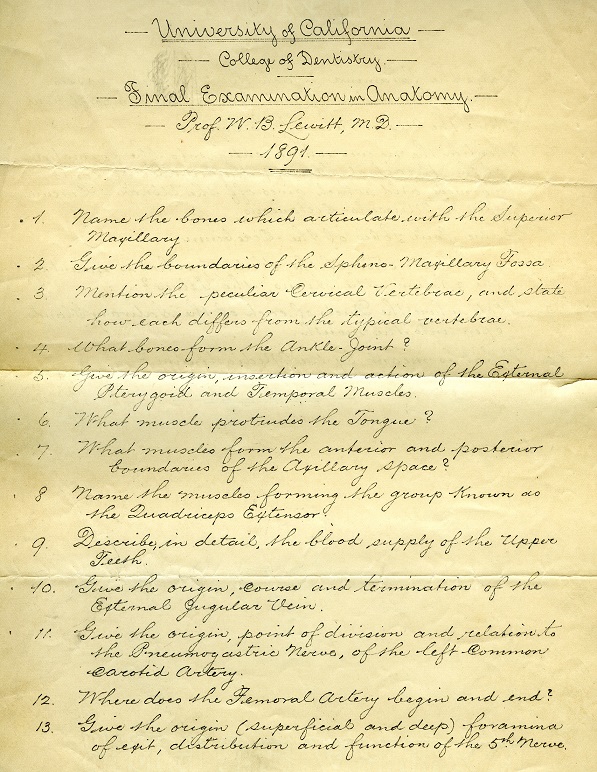 In 1929, as workers were excavating an area on which the Bayshore Highway was to be constructed, they uncovered a heavy box. Inside they found old documents labeled “Dental Department of the University of California.” Luckily, one of the workers recognized the potential value of the discovery and returned the material to the university. Dean Guy S. Millberry began investigating the papers and came to the conclusion that they had to be the missing Dennis material. 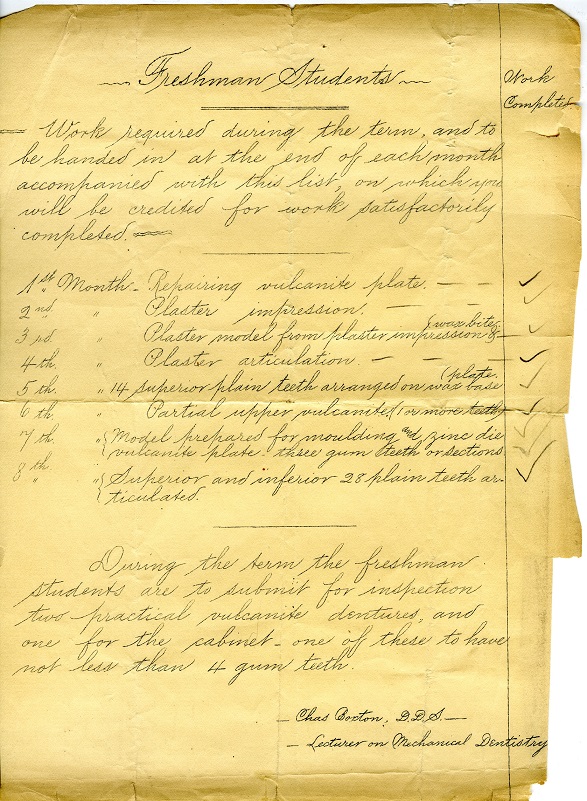 The box came to be known as the “Treasure Chest.” Today, the box and its surviving contents are housed in the UCSF Archives and Special Collections as part of the School of Dentistry records, AR 2015-4.