Although, in 2020, advice like “wash your hands” and “cover your mouth when you cough” seem fairly obvious and common sense, there was a time when this was not the case. That time was March 1855, when the situation in British hospitals outside of Constantinople (now Istanbul, Turkey) during the Crimean War had become so dire that Florence Nightingale and 40 other women acting as trained volunteer nurses were finally allowed access to patients (they had previously been denied access because of their gender). Hospitals were overcrowded and extremely unsanitary conditions encouraged the spread of infectious diseases like cholera, typhoid, typhus and dysentery, which Nightingale recognized immediately. She implemented basic cleanliness measures, such as baths for patients, clean facilities, and fresh linens, and advocated for an approach that addressed the psychological and emotional, as well as the physical, needs of patients. Her improvements brought a dramatic decline in the mortality rate at these hospitals, which had previously been as high as 40%.

While Nightingale is well known as one of the world’s first nurses, she is less well known for her strikingly lovely data visualizations (including pie charts and a rose-shaped design called the “coxcomb”), which she used to highlight the number of deaths from diseases, in addition to deaths from wounds or injury, during the Crimean War. Nightingale, a mathematician and statistician, recognized the importance of eye-catching visuals in communicating the impact of her innovations.

National Nurses Week begins each year on May 6th (National Nurses Day) and ends each year on May 12th (Florence Nightingale’s birthday). Today, we celebrate the history of nursing and nurses of all kinds, and the essential, life-saving work that they perform. We hope you enjoy this series of digital images from UCSF’s Archives & Special Collections, all digitized and available online through Calisphere. Archives & Special Collections also holds the fascinating Florence Nightingale Memorial Collection, created by Country Joe McDonald of Country Joe & the Fish, which you can read more about here.

Recently, we’ve been adding material to our digital collections on Calisphere.org. One highlight is the St. Joseph College of Nursing Collection. 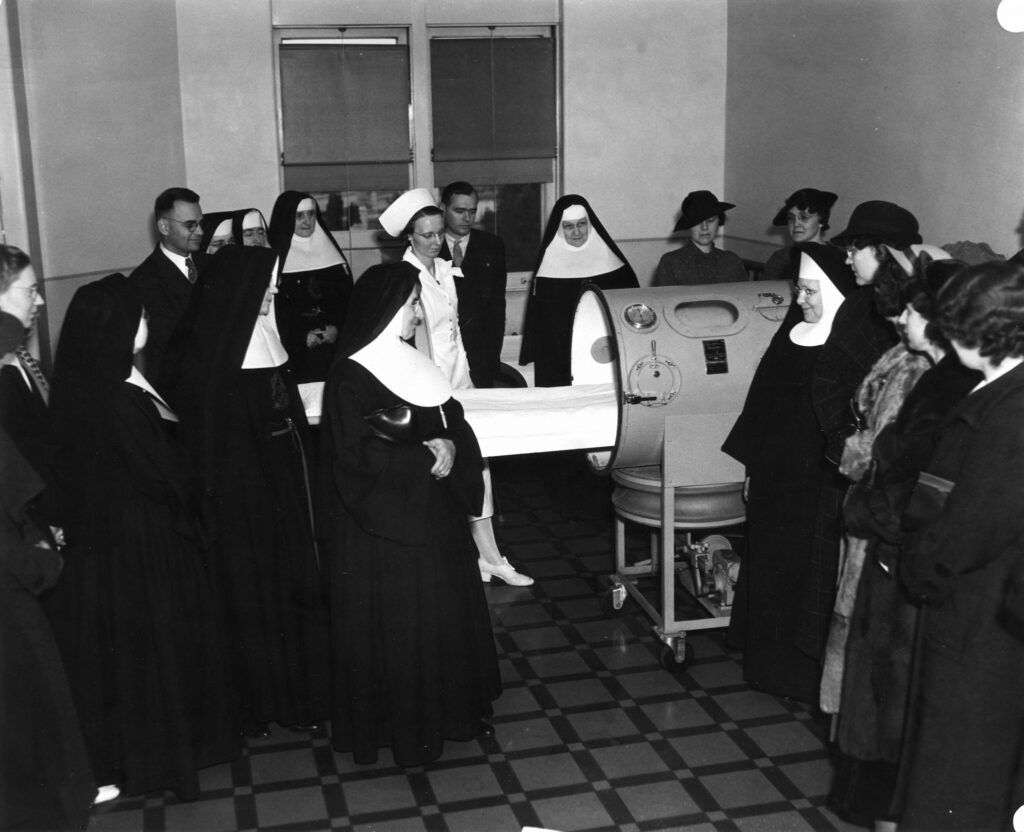 The digital collection includes selected images from the St. Joseph College of Nursing papers and Alumni Association records. St. Joseph College of Nursing was established in 1921 as an affiliate of St. Joseph’s Hospital. The hospital was founded in San Francisco in 1889 by five Catholic sisters of the Order of Franciscan Sisters of the Sacred Heart. Though the hospital and school closed in the late 1970s, the Alumni Association continued activity until 2015. 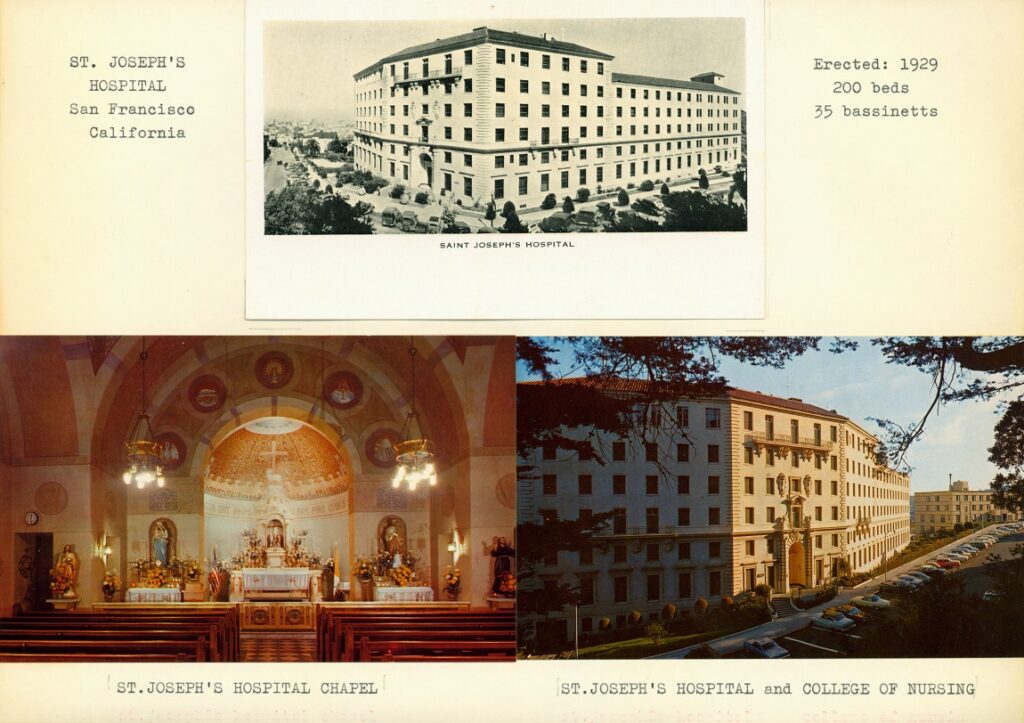 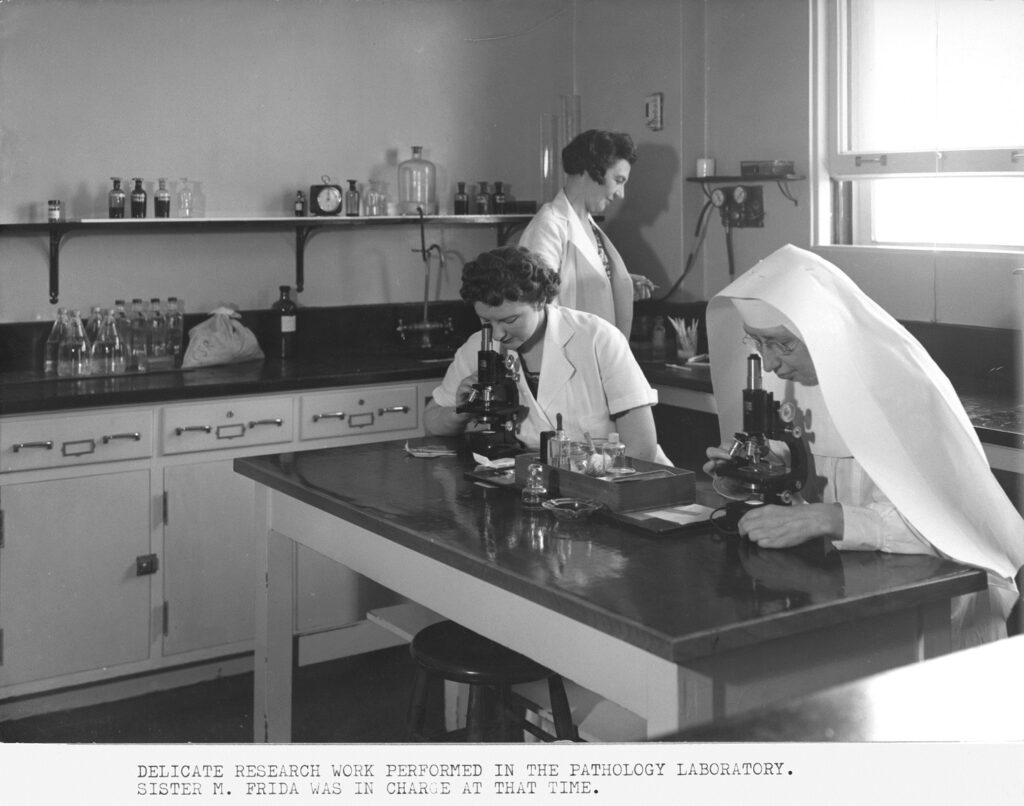 Sister M. Frida and researchers in the Pathology Laboratory, circa 1939.  St. Joseph College of Nursing collection.

The collection documents the educational activities of the school as well as the patient care and research performed by the sisters and students. Visit the digital collection to view more images or make an appointment with us to view the material in person. 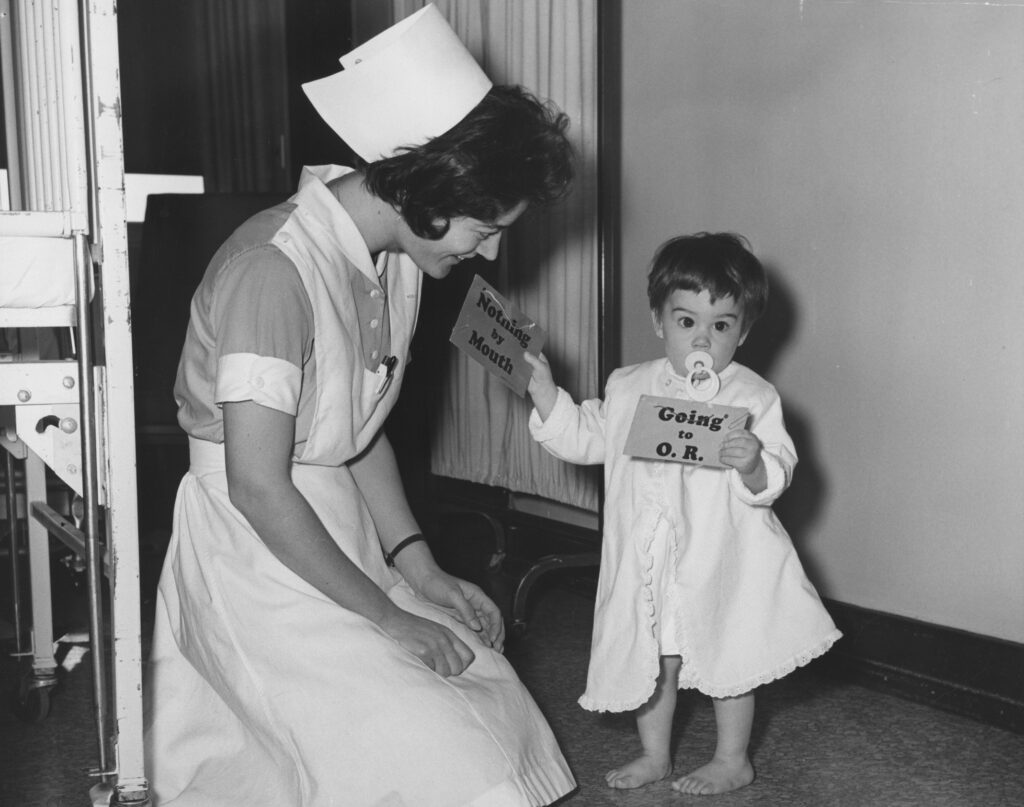 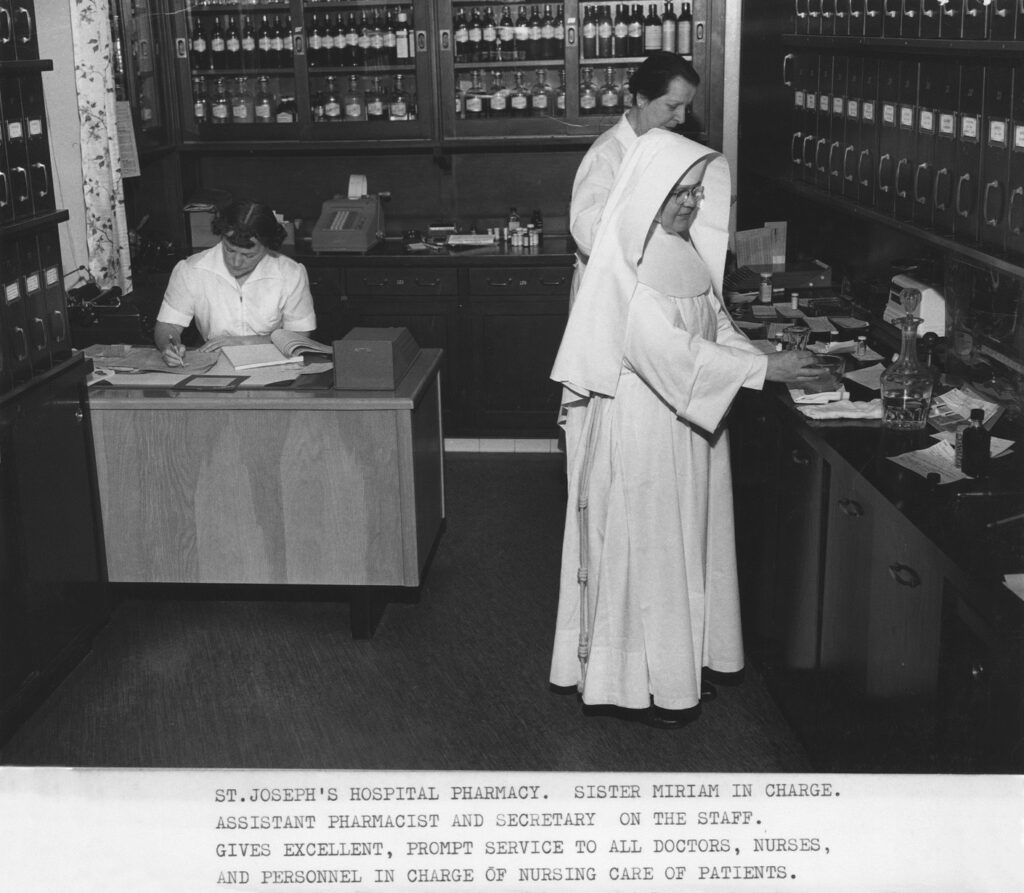