We’re joining UCSF’s Food Day celebration, October 22-24, by sharing some recipes from our collections! Definitions of healthy eating and proper nutrition have changed dramatically over the years. These examples provide just a taste of the history of food science and our changing understandings of diet and wellness. Recipe contributions from Kelsi Evans, David Uhlich, and David Krah.

This page of recipes, including sweet potato pie and peach shortcake, comes from a diet supplement created in 1961 by Dr. Mary Olney and Larry Carbine at the Bearskin Meadow Camp for children with diabetes. 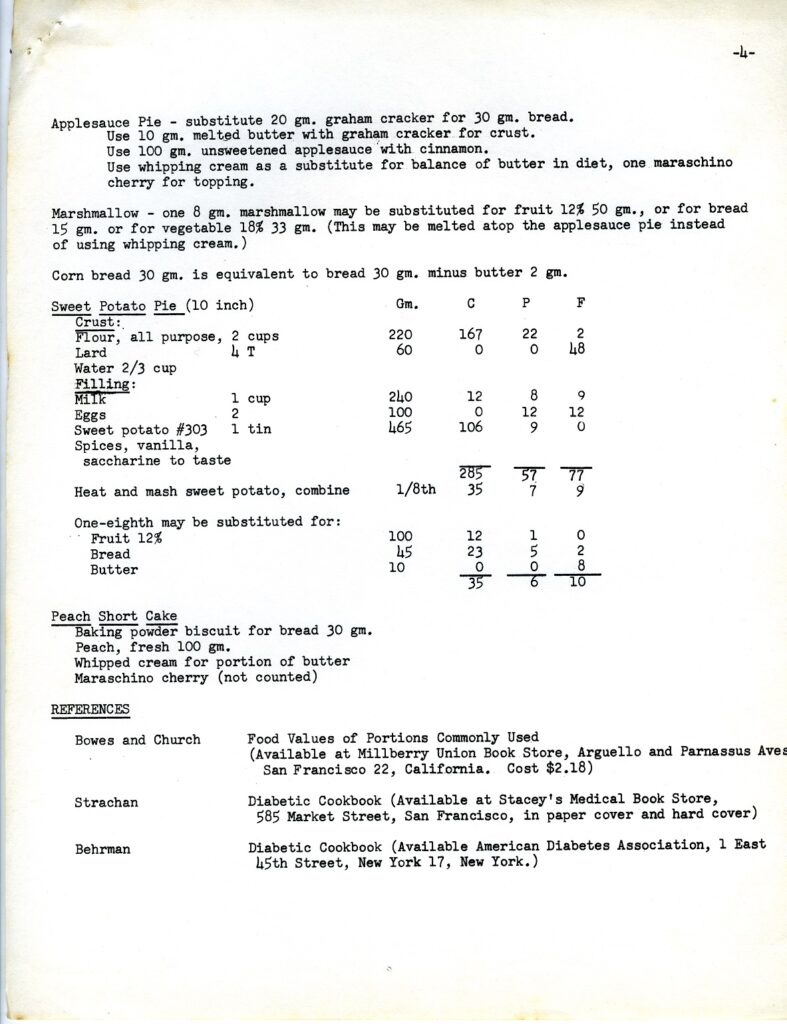 In 1938, Olney founded the first wilderness camp in California for children with diabetes. The camp developed into Bearskin Meadow, a permanent campsite located near Kings Canyon National Park. Dr. Olney graduated from the UCSF School of Medicine in 1932. She completed her training in pediatrics at San Francisco General Hospital and was later appointed Clinical Professor of Pediatrics at UCSF. At the time of her death in 1993, Olney had served the UCSF community for over 50 years.

This page of recipes from Diet for the Sick: A Treatise on the Values of Foods, Their Application to Special Conditions of Health and Disease, and on the Best Methods of Their Preparation by Mary Newton (Foote) Henderson illustrates the vast differences in thought between what foods were considered healthy and nutritious–and even curative–in the 19th century in relation to how they are thought of today. Now frequently vilified and excluded from diets, gluten is the central ingredient in an entire section of recipes in the book, which was published in 1885. Gluten souffles anyone? 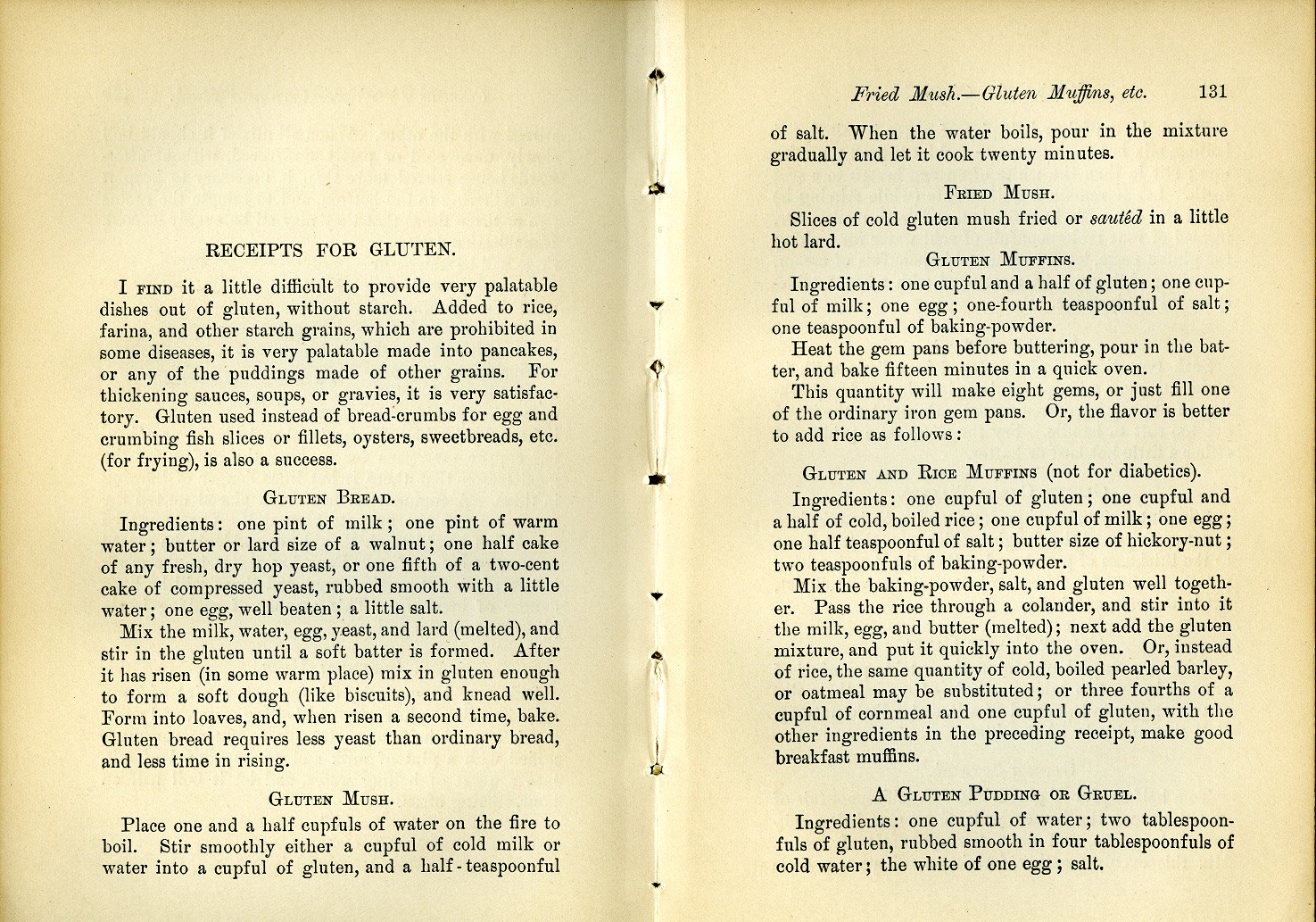 Just in case you were hoping to get a good recipe for chicken fricassee or clabbered milk, the entire book is available digitally through UCSF’s online catalog. 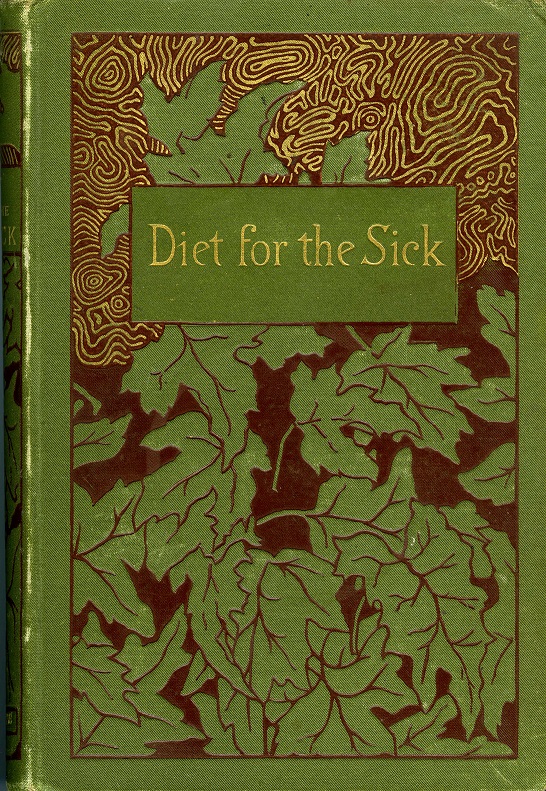 Diet for the Sick: A Treatise on the Values of Foods, Their Application to Special Conditions of Health and Disease, and on the Best Methods of Their Preparation by Mary Newton (Foote) Henderson, 1885.

The author of The Book of Star Ralstonism, Webster Edgerly, led a late 19th Century health and social well-being movement known as Ralstonism (Regime, Activity, Light, Strength, Temperation, Oxygen and Nature). Amongst many proscriptions contained in the book is the warning to “…not buy any food or any goods bearing the name ‘Ralston,’ contrary to our latest bulletins. We endorse everything that is pure, wholesome, honest and meritorious; but do not wish the word Ralston to be used in any connection apart from our Club, its literature and its educational interest.”

Edgerly began doing business with the Purina Food Company in 1900, and I’m sure many are familiar with Ralston-Purina products such as Chex breakfast cereal and a variety of pet foods. In the Book of Star Ralstonism, Edgerly includes this charming recommendation for sustenance for sedentary persons, which consists of two cups of roasted wheat coffee. If you “wish good blood”, go with a slice of toasted brown bread and butter along with your “coffee”. This recipe is similar to the Boston Brown Bread you can still buy in the can today. 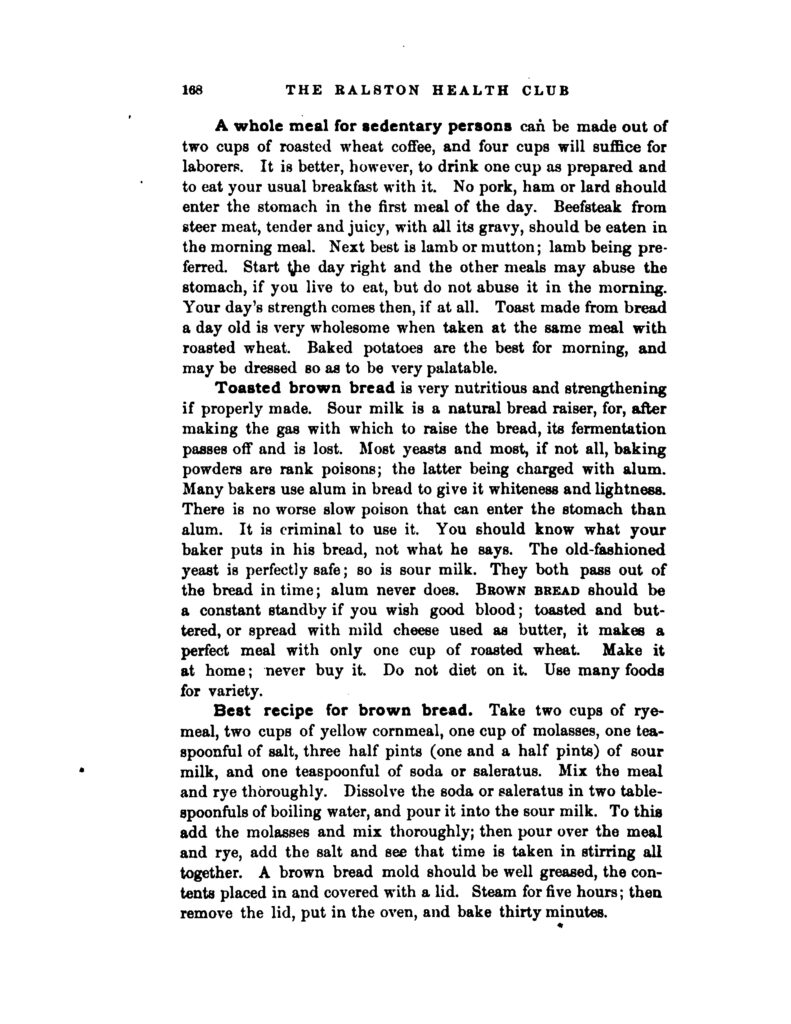 The full text of the Book of Star Ralstonism is available online at Hathi Trust or through UCSF’s catalog.