In honor of Women’s History Month, we’re spotlighting a few of the many talented and trailblazing women who have been important in the history of UCSF and you may not have heard of before.

Today, read a little about the remarkable life and career of Ellen Brown, MD. We are fortunate to have Brown’s manuscript collection, MSS 87-42, and her oral history in the UCSF Archives & Special Collections.

Ellen Brown was born in San Francisco in 1912. She and her older brother Fred were raised by her parents, Warner and Jessie Brown, in Berkeley. Jessie was a high school teacher and botanist and Warner was a professor of psychology at UC Berkeley. Fred died at the age of 16 of respiratory complications of polio. His death had a lasting impact on Brown– she dreamed of becoming a doctor as a child. 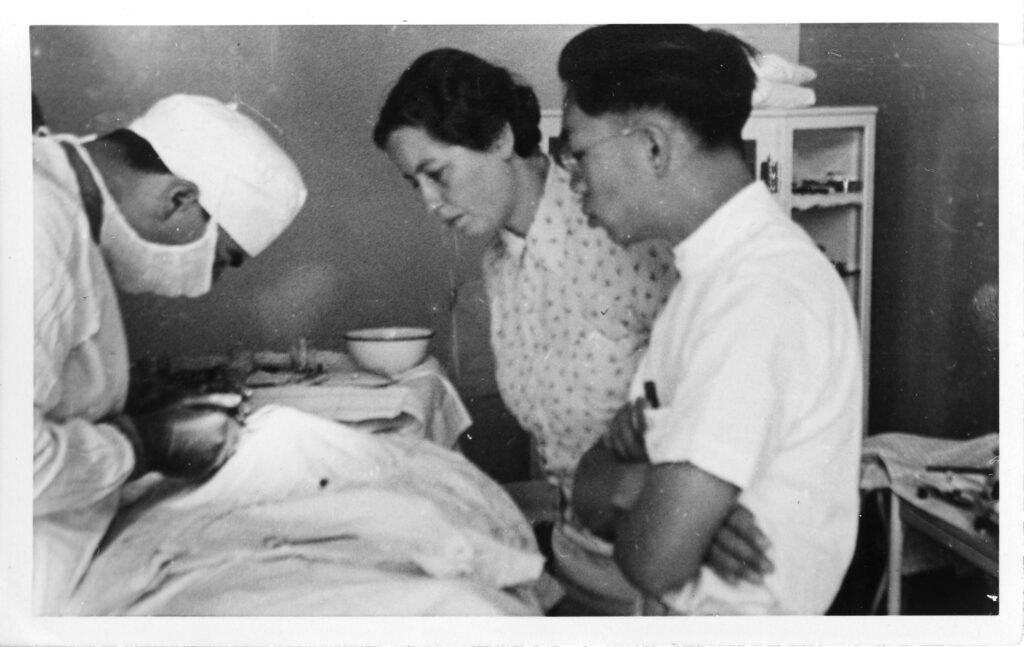 Brown attended University High School in Oakland and went on to study at the University of California Berkeley, graduating with a bachelors degree in 1934. She continued to the UC Medical School’s San Francisco campus and graduated with her medical degree in 1939. In a class of  63 students, she was one of a handful of women.

Following graduation, Brown became chief resident under William J. Kerr, UC Chair of Medicine, from 1939-1943. The two worked closely for years– prioritizing cardiovascular research at UCSF. Brown helped to found the , which opened in 1958. Kerr was instrumental in laying the groundwork for the Cardiovascular Research Institute (CVRI), procuring the space on the 13th floor of Moffitt Hospital and funding from both UCSF and the National Heart Institute. The CVRI opened in 1958 with Brown as a co-founder and, later, a senior staff member. (Check out some of the CVRI’s milestones here.) 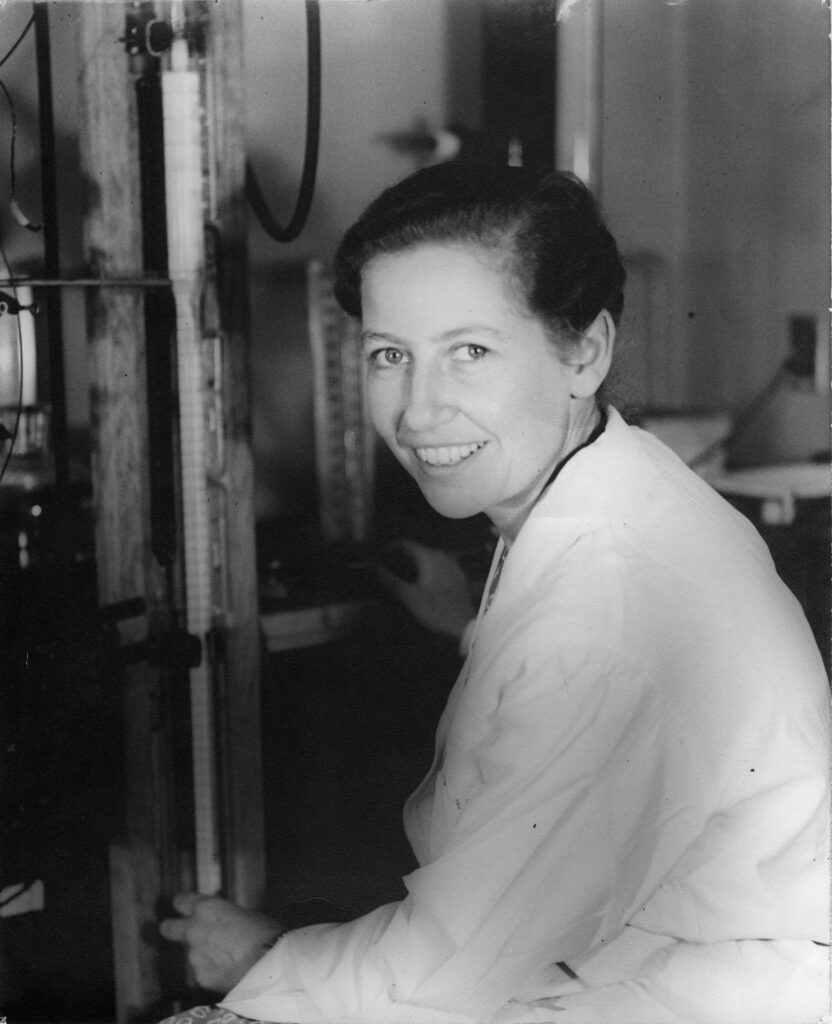 Brown’s academic appointment at UCSF began with clinical instructor, 1943-1944, moved to associate professor, 1946-1959, and became professor of medicine in 1959. In 1944-1946 she was a Commonwealth Fund fellow in the Department of Physiology at Harvard Medical School (see photo above) and in 1958 she was a Guggenheim Fellow at Oxford University.

Brown operated a lab on campus for peripheral vascular research though the 1960s and 1970s. Concurrently, she worked on improving teaching techniques in predoctoral medical classes, initiating the “Introduction to Clinical Medicine” course and later serving as a residency evaluator for the School of Medicine.

This quote, from Brown’s oral history, demonstrates her zeal for education, enthusiasm for change in curriculum, and sense of humor: “The wonderful thing was how interested all these people in the non-medicine departments were. An ophthalmologist would sit down with a bunch of absolute nerds, and come and do that, four or five times, and teach them. The hardest thing to learn to do is to see in an ophthalmoscope. It is for most doctors. It’s one of the last things you feel comfortable about. That and a pelvic exam, I guess.” 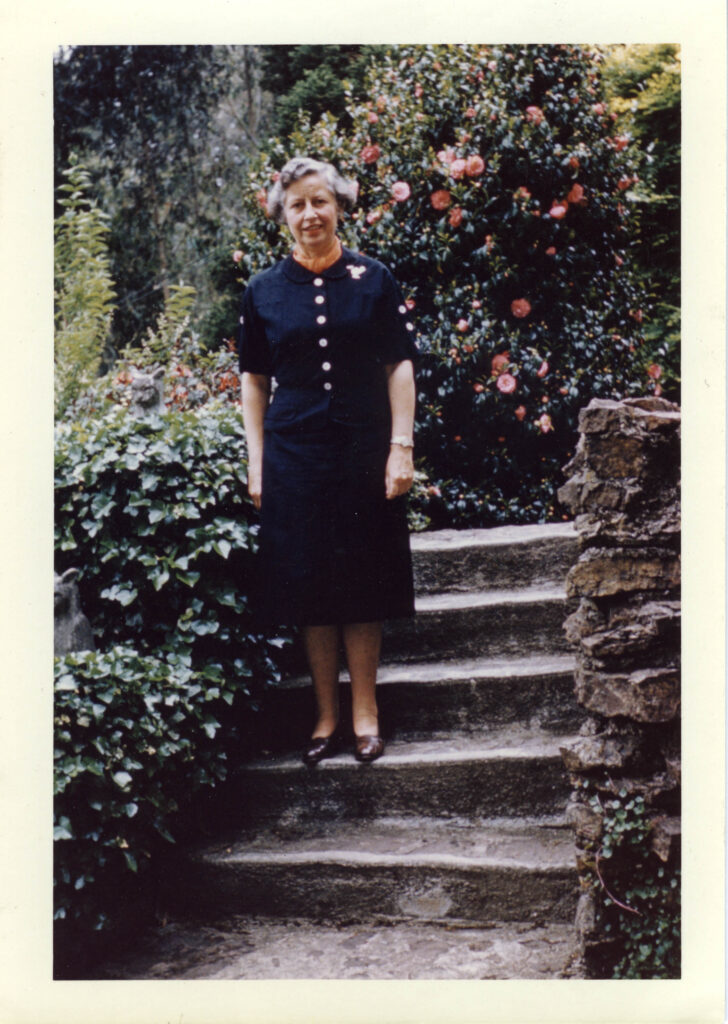 When Brown officially retired from UCSF in 1979, she became a professor emeritus of medicine. Ten years later, in 1989, Brown received UCSF’s highest honor, the UCSF Medal, for outstanding personal contributions to the University’s health sciences mission. 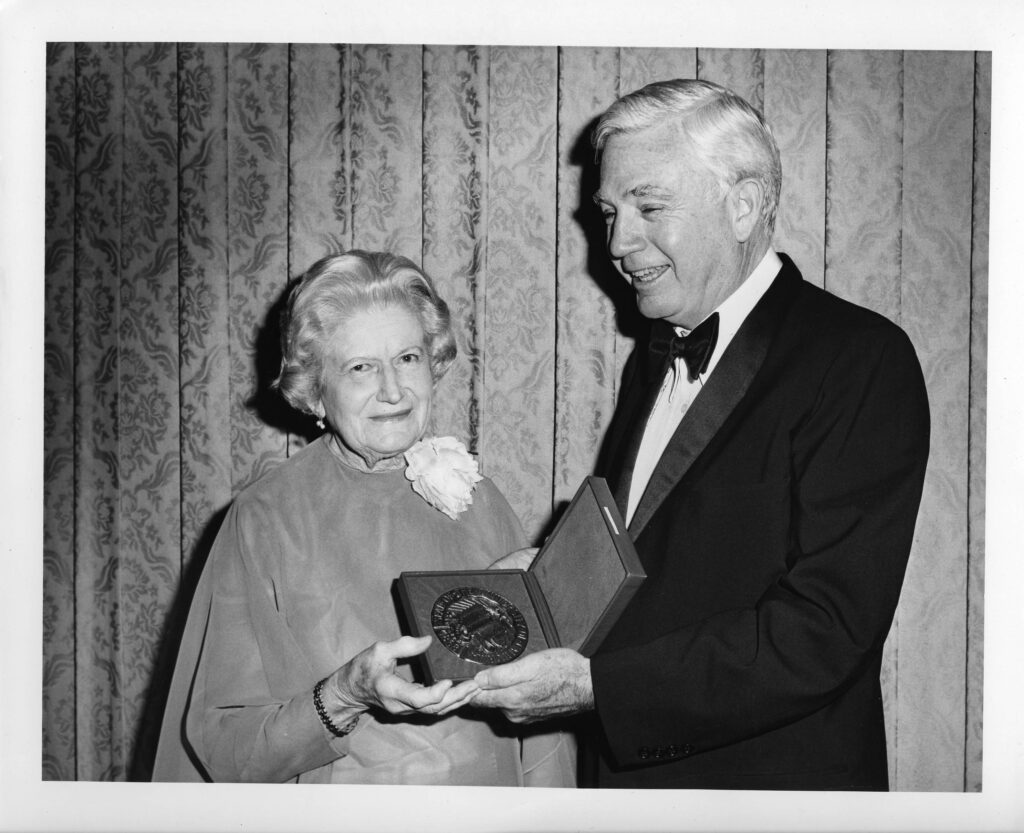 Brown and Francis Sooy, UCSF Chancellor 1972-1982, at the time of her retirement.

Brown passed away in October of 2006 at the age of 96. At that time, she gifted over $100,000 to the UCSF School of Medicine for the improvement of teaching for medical students.

Browns’ numerous contributions over the course of fifty plus years can still be felt today– through her impact on cardiovascular research as well as her in her insight and refinement of medical education.

Contact us if you have any questions or would like to learn more. And please don’t hesitate to use the calendar on the right to make an appointment to come in and use the collections!