William Fuller Sharp, DMD, DDS, was the first alumni of the Dental Department of the Affiliated Colleges of the University of California (later UCSF School of Dentistry) to be placed on the faculty– where he remained for over fifty years. Sharp joined the school as an instructor in 1894, later becoming Professor of Mechanical Dentistry in 1899, Professor of Prosthetic Dentistry, Professor of Clinical Prosthodontia, and Professor of Prosthodontia, Emeritus in 1921. Sharp served as Acting Dean from 1926-1927 while Guy S. Millberry was on leave. 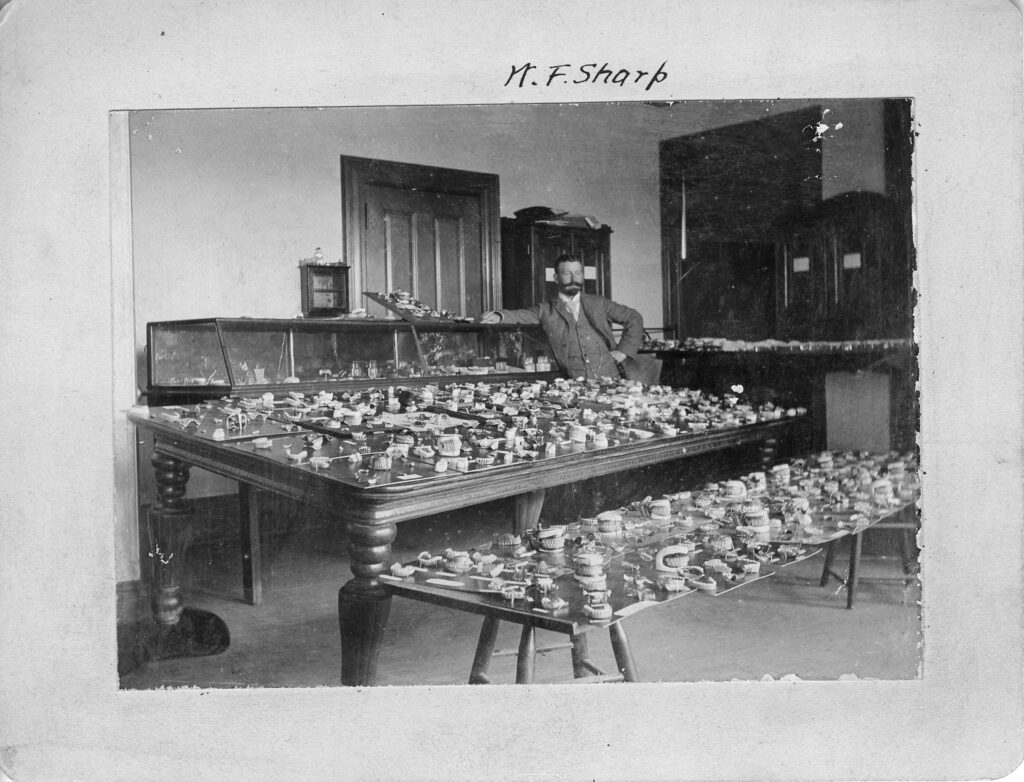 Above, Sharp with dental prostheses, undated. 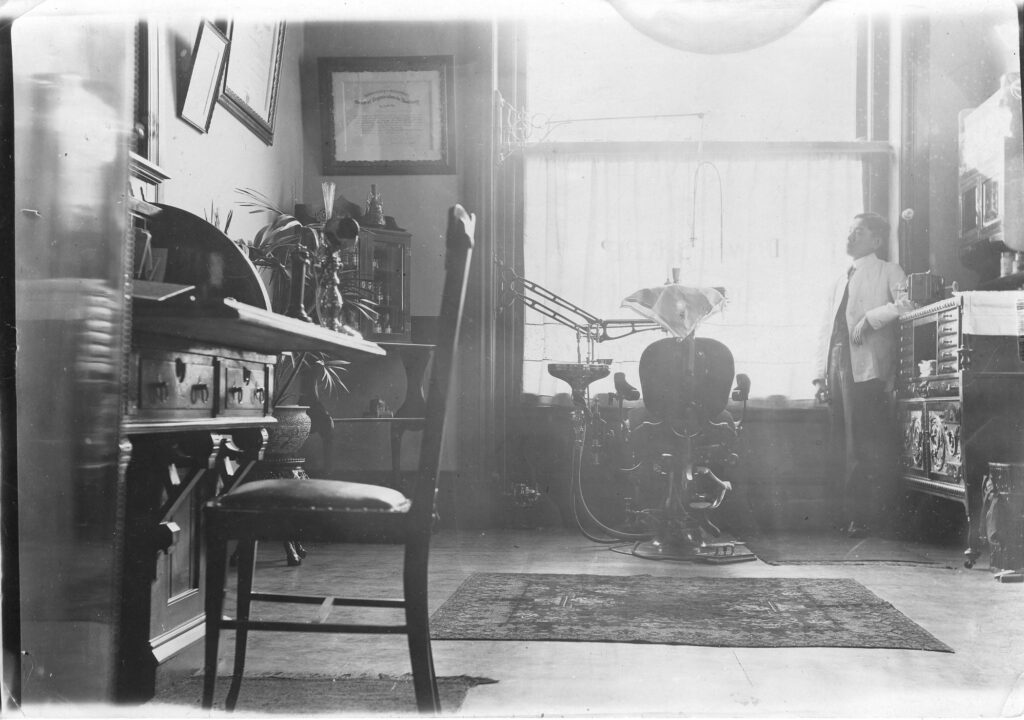 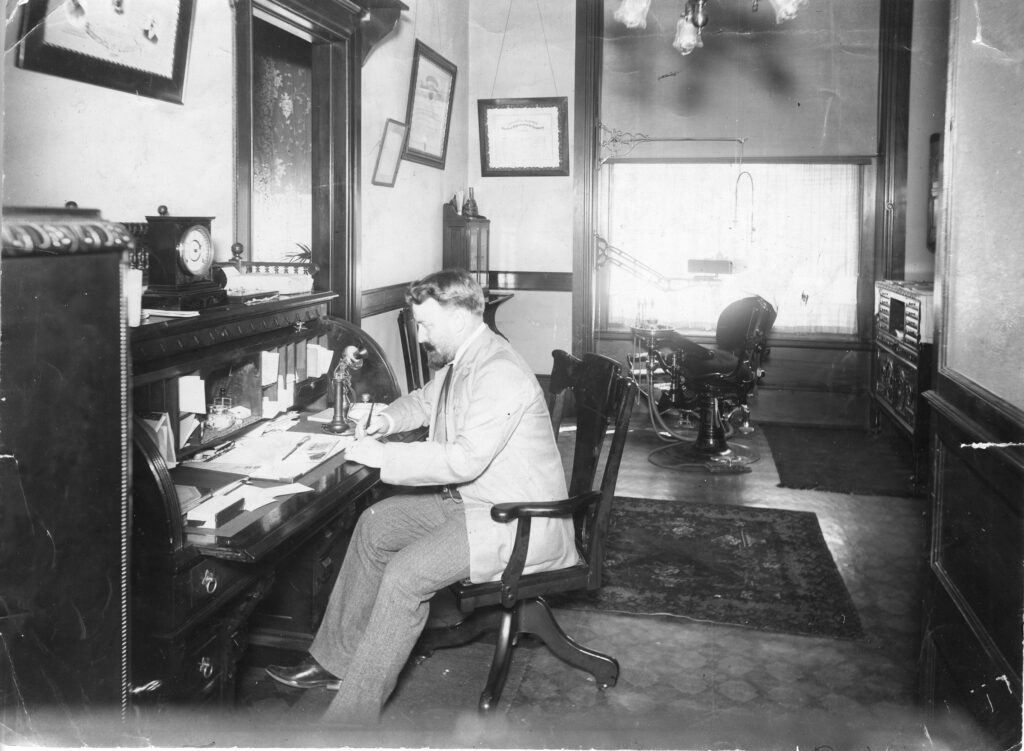