We would like to invite all of you to visit two new exhibits currently on view at the UCSF Library:

Surviving and Thriving: AIDS, Politics, and Culture
This banner exhibition utilizes a variety of historic photographs, pamphlets, and publications to illustrate how a group of people responded, or failed to respond, to HIV/AIDS. The title Surviving and Thriving comes from a book written in 1987 by and for people with AIDS that insisted people could live with AIDS, not just die from it. Jennifer Brier, the exhibition curator, explains that “centering the experience of people with AIDS in the exhibition allows us to see how critical they were, and continue to be, in the political and medical fight against HIV/AIDS.” Surviving and Thriving presents their stories alongside those of others involved in the national AIDS crisis. NLM curators used several images and documents from the UCSF Archives in the exhibit and its companion website: http://www.nlm.nih.gov/survivingandthriving/. This travelling NLM exhibit will be at the library until January 4th, 2014. UCSF is the only location in the Northern California to host this exhibit. Please check this page for location and hours. 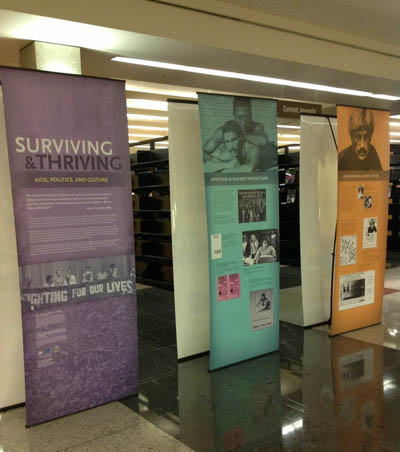 UCSF AIDS History Project: Documenting the Epidemic
The UCSF Archives and Special Collections organized a companion exhibit that showcases materials from the AIDS History Project (AHP). The AHP began in 1987 as a joint effort of historians, archivists, AIDS activists, health care providers, and others to secure historically significant resources about the response to the AIDS crisis in San Francisco. This collection includes selected records from numerous AIDS-related agencies and community-based organizations in the Bay Area, diaries from AIDS activists, papers of clinicians, health care workers, and researchers working at SFGH and UCSF, as well as materials collected by social scientists and journalists. AHP continues to grow and its collections remain the most heavily used among Archives’ manuscript holdings. 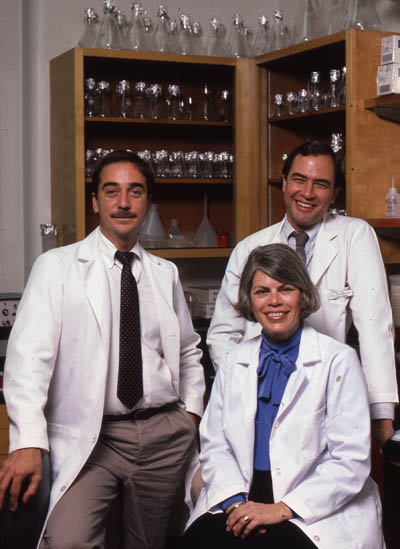 Visitors can view original documents chronicling the creation of Ward 86 at SFGH, the press release announcing that UCSF’s researcher Jay Levy, MD isolated the virus responsible for AIDS, the original diary of “AIDS Poster Boy” and activist, Bobbi Campbell that includes a snapshot taken at the board room of NYC Department of Health on August 17, 1983 picturing Richard Berkowitz, Artie Felson, Dan Turner, Michael Callen, Bobbi Campbell, and Margaret Heckler. One of the exhibit cases profiles educational efforts organized by the San Francisco AIDS foundation, including Bleachman campaign aimed at slowing HIV transmission among IV drug users and “AIDS: Fight Fear with Facts” ad campaign that emphasized the need for AIDS education among all people, which helped “end the many misconceptions and the fear surrounding AIDS contagion.” 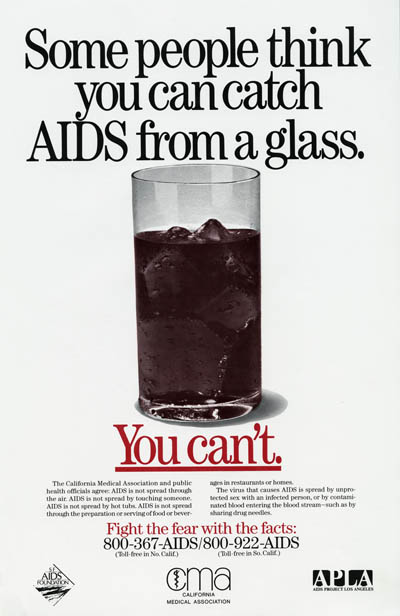 This exhibit also displays numerous posters produced by local and international agencies and groups, including the San Francisco Shanti Project, Women’s AIDS Network, the Brothers Network, State of California AIDS Education Campaign and others.
The exhibit highlights items concerning AIDS Treatment News (ATN), a San Francisco-based publication that covered both mainstream and experimental treatments of AIDS-related conditions. Items displayed include copies of ATN, ATN promotional materials, and a photograph of ATN’s creator, John James. Another case displays newspaper articles—all from the Bay Area—that reveal AIDS-related hysteria and scapegoating of the gay community. Articles discuss common myths of how HIV spreads and the public’s fear of it.

This exhibit will be displayed at the library for the next 6 months.

1 thought on “New AIDS history exhibits at the library”