The Archives and Special Collections at UCSF Library maintains an extensive collection of rare books in many fields of health sciences. Due to their unique and often fragile nature, rare books are available for use only under supervision. One of the most interesting books in the collection is Liber pestilentialis de venenis epidemie, written in German by Hieronymus Brunschwig and published in Strassburg in 1500. This first edition book was acquired in October 1955 from a rare bookseller in New York City, for a mere $650.00. A transaction note in the book indicates it to be an excessively rare book, especially given its good and complete condition. 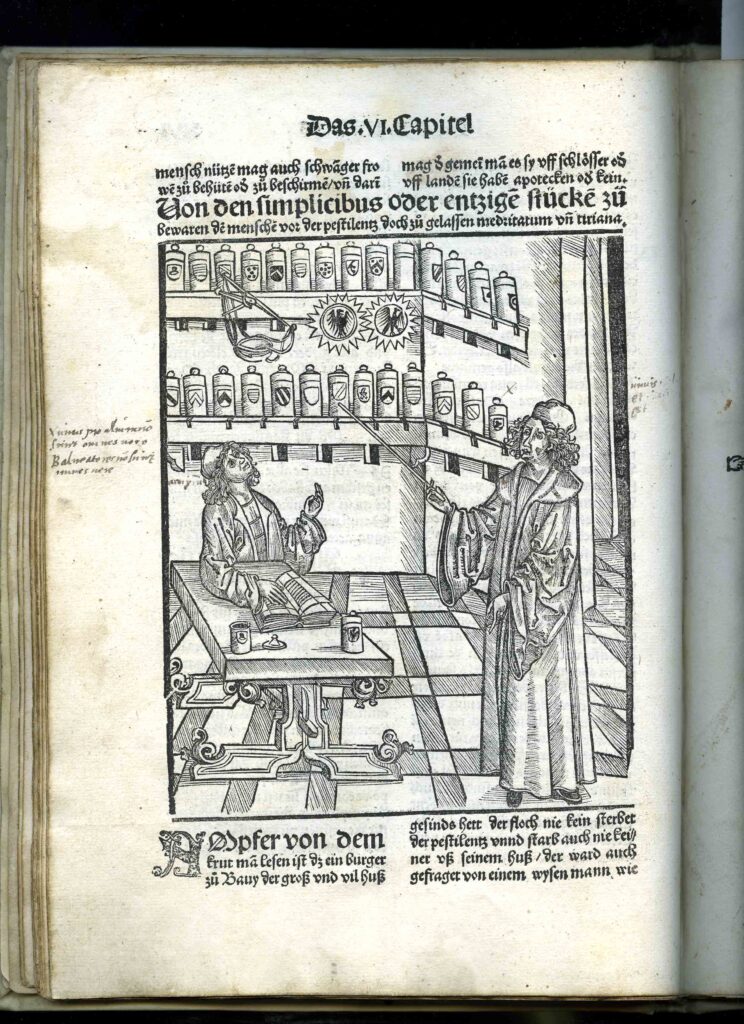 This book is an example of incunabula – books printed between the 1450’s and January 1501, using metal type attributable to the transformative printer, Johann Gutenberg. You can note the black and angular gothic print, popular at the time. And as was the convention of the time, the parchment used was known as vellum made from calfskin that is bleached. The book includes 23 large woodcuts, and printed “pointed hand” nota marks in the margins. The book constitutes 40 leaves, or what we would call 80 pages today. 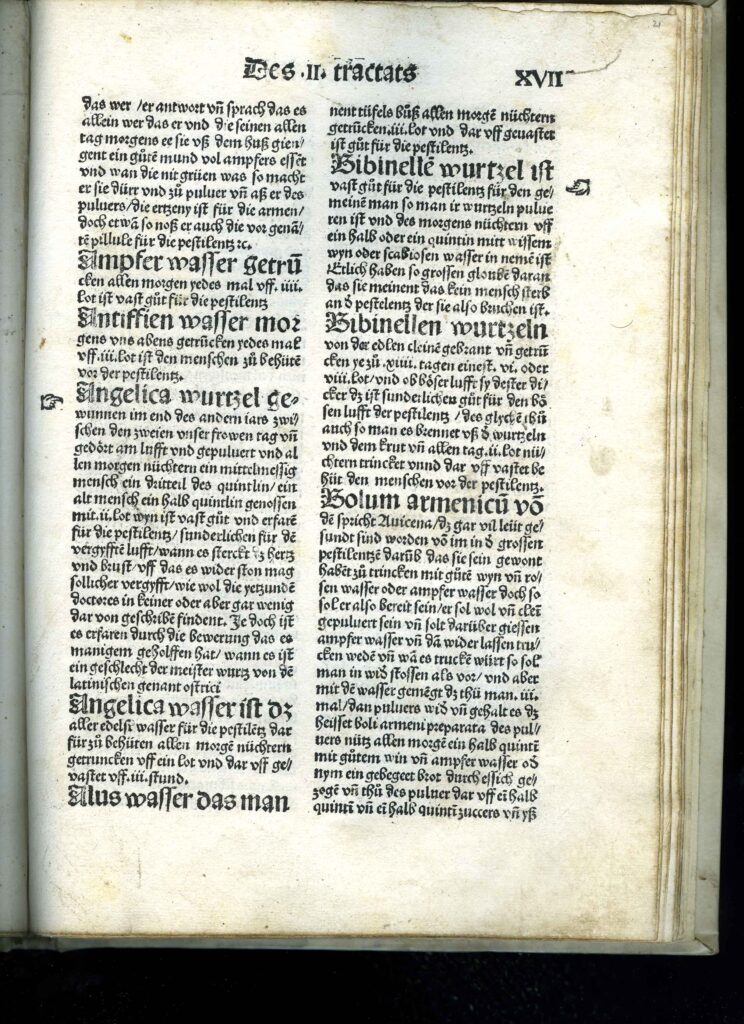 This particular book is considered to be one of the most important documents of its time for the history of contagious diseases, in particular its devotion to means of avoiding and treating the plague.  While little is known about the author, army surgeon Hieronymus Brunschwig, he is known to have been a scholar in the field of surgery and credited for having taken advantage of the recently invented printing press to gain influence.  He is best known for his first book, Buch der Cirurgia, Hantwirckung der Wundartzny, which served as a guidebook for surgeons and those in training.  Also notable for its woodcuts and early specimens of medical illustration, this book draws extensively on Brunschwig’s own experience, and contains the first detailed accounts of gunshot wounds in medical literature.

For more information, please refer to these sources: