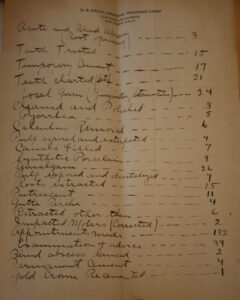 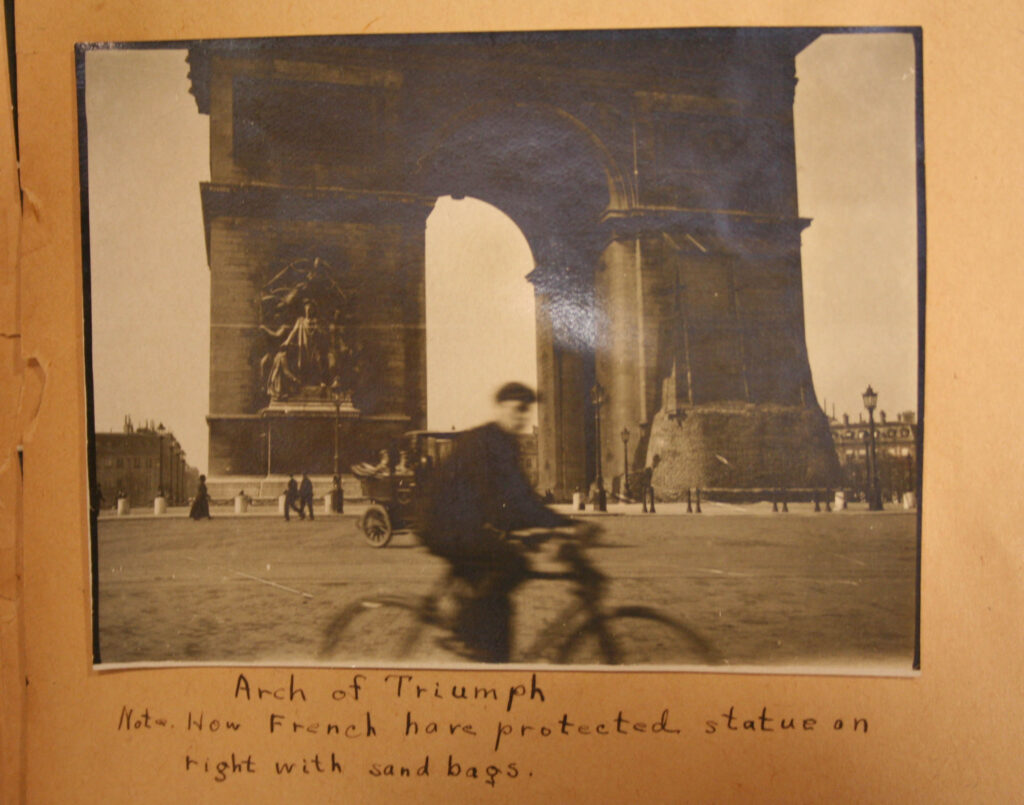 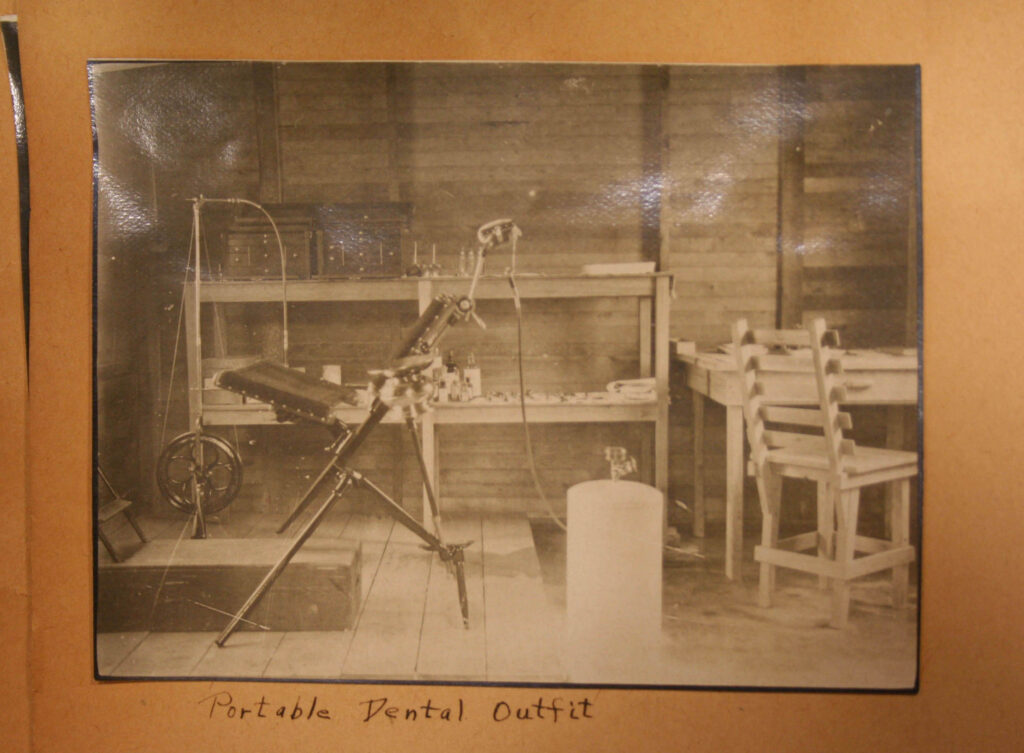 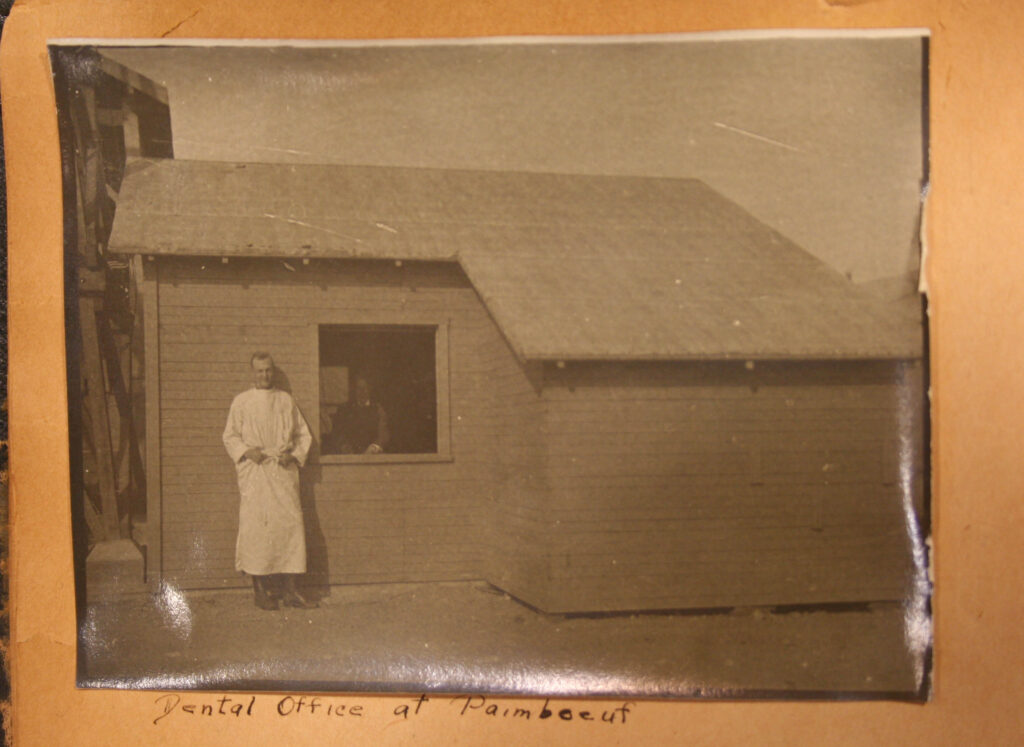 Click through to read the rest of the letter written by Giles followed by the letter from Busse that included the photographs, written to Millberry a week later than Giles’, also from France.

One case it has been my good fortune to handle was of two huge cysts involving one, almost the entire body of the sup. maxilla, and the other leaving just a shell of the mandibula running back under the first molars of each side. They were the largest things of the sort I have ever seen but at present new tissue is building very nicely and I hope for a nice final result in time.

We at most times have one or two fractured mandibules on hand so I feel that if when I return to San Francisco and see a fractured jaw come in I won’t be very badly excited by it. I feel that I learned a considerable number of points about such cases from Dr. Winters clinics in the two weeks we spent with him in New York. But must add that after visiting the colleges in New York I felt proud to have received my training in the U. of C. and then and there decided that you do not have to “go fast” to get the good things of the profession.

Have only met one of our men since I have been over here (now nearly six months) Maurice Gloyier, who is with an ammunition train that is in a camp nearby just at present. Have rec’d letters from Edwin Busse but do not know of the whereabouts of any of the others.

I have just returned from my first “leave” having had 7 days exclusive of travelling time. I went to Marseille, Nice, Nîmes, Monaco, Monte Carlo, Menton, crossed the Italian border and came back by way of Lyon. I surely had a wonderfully interesting and beautiful trip. Would like to have gone to Paris but at present that is “out of bounds” but hope to get there later by some method or other.

Things are surely going beautifully on the “Front” of late and from the declaration of day before yesterday guess we must have the old Kaiser standing first on one foot than the other.

Well we anxiously await the results of this huge diplomatic week and hope always for peace.

If you are not too busy, and I have never seen you too busy to take on some new task, I would be more than pleased to hear from you. 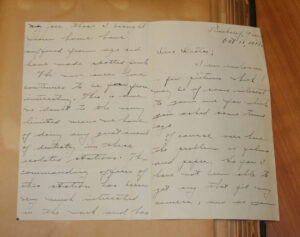 I am enclosing a few pictures which may be of some interest to you and for which you asked some time ago.

Of course over here the problem is films and paper. So far I have not been able to get any that fit my camera, and as you may see, those I brought from home have suffered from age and have made spotted prints.

The work over here continues to be far from interesting. This is due no doubt to the very limited means we have of doing any great amount of dentistry in these isolated stations. The commanding officer of this station has been very much interested in the work and has had me give blackboard lectures both to the men and officers.

I have written on the back of the pictures about each one.