We had a great time at UCSF’s Block Party, held October 8th on the Mission Bay campus. The event celebrated the university’s growth over the past 150 years and featured live music, food, and entertainment. 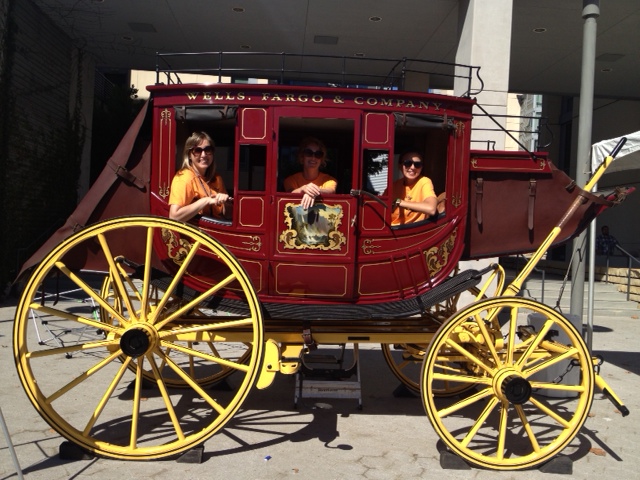 The archives team in a Wells Fargo stagecoach at the Block Party. UCSF founder Hugh Toland reportedly used the company’s services in the mid-nineteenth century to transport pharmaceuticals to patients throughout California.

We organized an exhibit for the event that highlighted key moments and individuals from UCSF’s rich history. The displays featured artifacts and photos from the Archives and Special Collections, including Hugh Toland’s surgical instruments, a student nurse’s uniform, Guy Millberry’s dental equipment, and pharmacist William Searby’s brand-name medications. 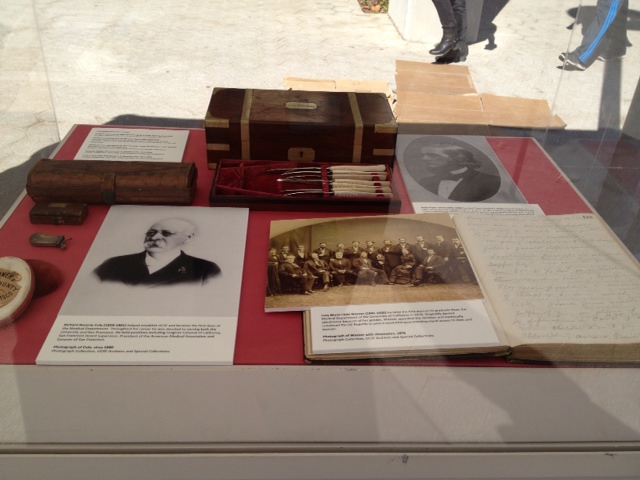 We also brought duplicate copies of UCSF’s student yearbooks and invited visitors to flip through them. One woman found a wild picture of her dentist from when he was a student in 1985! 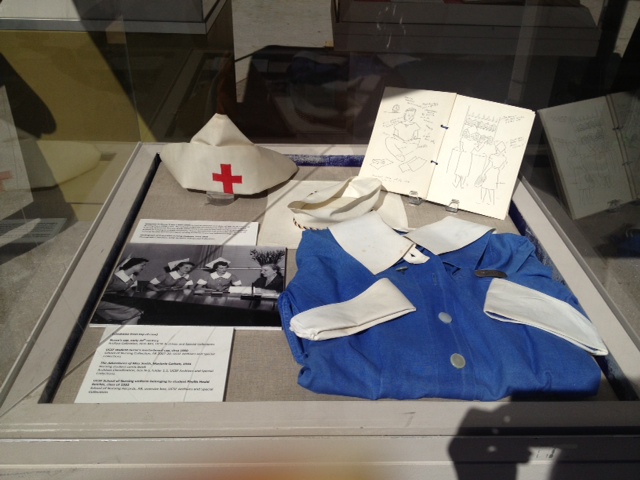 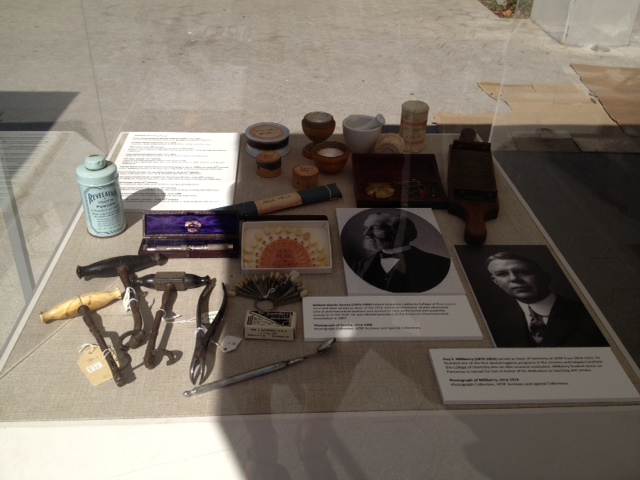 It was a lot of fun to share our collections. Thanks to everyone who stopped by the exhibit.