Here at the Archives & Special Collections we have, in addition to papers, books, and artifacts, a collection of works of art. This collection is widely unknown on campus due to our limited ability to showcase the pieces. However, this anonymity will come to an end with our new rotating art program. Through this initiative, we will be displaying different pieces of art on the walls of our reading room and changing them approximately every three months. 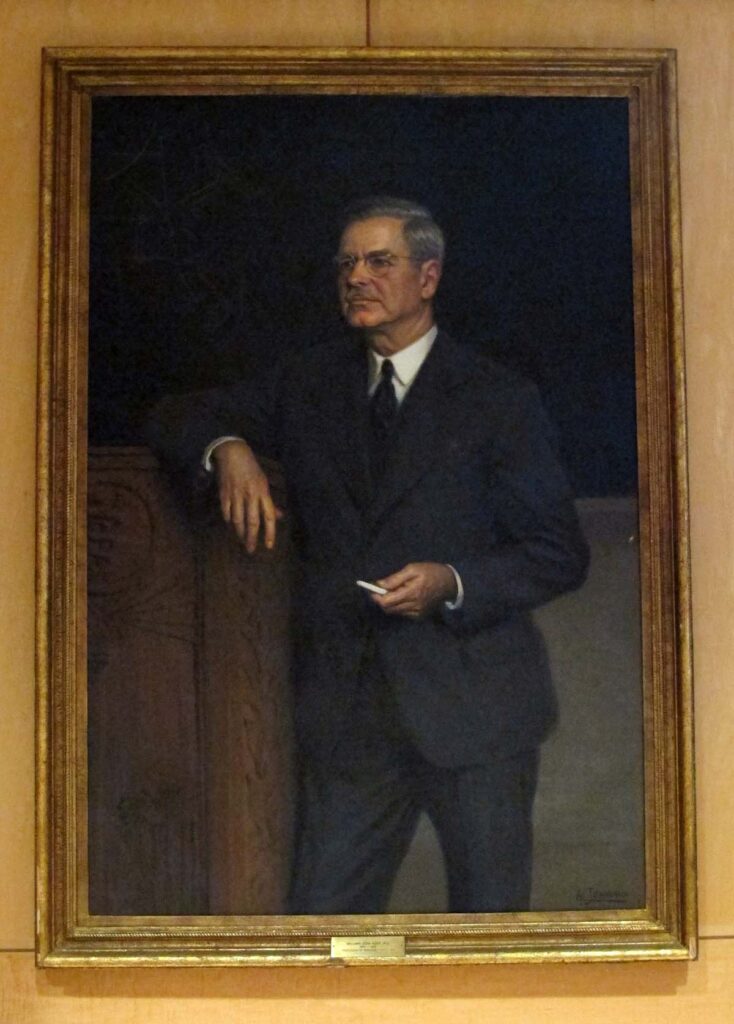 The larger of the two portraits depicts William John Kerr. Kerr (1889-1965) was a prominent doctor, researcher, and teacher. After his graduation from Harvard Medical School in 1915, he joined the UC faculty and became the first full-time chair of the Division of Medicine in 1927. He pursued a special interest in cardiology for the duration of his involvement with UCSF. The artist Alfred Jonniaux was a Belgian-born, successful portrait painter. He spent the first half of his career mainly in Paris and London. During WWII, Jonniaux fled to the U.S., became an American citizen, and established studios in Washington, D.C. and San Francisco.

The second subject is John Bertrand deCusance Morant Saunders (1903-1991) who was a well-known doctor, researcher, and teacher. He held a number of posts at UCSF including Dean of the School of Medicine, University Librarian, and the first Provost of the Medical Center as well as the first Chancellor from 1964 to 1966. His association with the university was strong beginning in 1931 and lasting until long after his retirement in 1971. The artist, Rosebud Preddy, was a medical illustrator who graduated from Oakland High School and attended the University of California. In the 1930s she began painting in San Francisco as a pupil of Francis Woodcock, a local commercial artist. Preddy was a longtime medical illustrator at Letterman Hospital.

The name Saunders may ring a bell to many readers. His namesake, Saunders Court, is a popular place on the Parnassus Campus to sit outside and enjoy lunch. It’s located behind Medical Sciences and Clinical Sciences and further bordered by Health Sciences West and the School of Nursing.

More information about Saunders and Kerr can be found on the UCSF History website.