Eric Berne, the founder of Transactional Analysis, served in the U.S. Army in World War II shortly after becoming an American citizen. He was posted at Baxter General Hospital in Spokane, Washington, in Ford Ord, California and in Bingham City, Utah. He provided sorely needed expertise in psychotherapy for soldiers returning from the battlefield. Berne conducted group therapy with soldiers, and investigated topics such as enuresis, (what is now known as) post-traumatic stress disorder, electroconvulsive therapy and even roentgenology.

Evidence from Berne’s letters and papers make Army life sound by turns both boring and hectic. Berne reports responsibility for taking care of “the violent wards”, and presents his findings on enuresis at an officer’s meeting, most of which is spent talking about chart holders. He covers the walls in his room in the bachelor’s quarters in Spokane with wrapping paper and thumbtacks because he’s not allowed to make any permanent modifications. He spent much of his time in the service falling in and out with his wife and daughter. They would divorce by the time of Berne’s discharge; in a letter to his mother  he indicated that he was “the only qualified psych on the coast as far as I know, so anything can happen but I don’t think it will”.

After the war one of Berne’s most significant contributions was a series of seminars on Veterans Psychology that sought to educate the public on what returning soldiers were experiencing and how to help them re-integrate into society. Berne collaborated closely with Helen Ward of the Salinas Evening School to develop a curriculum that would speak to members of the community and bring about an understanding of the challenges veterans face. 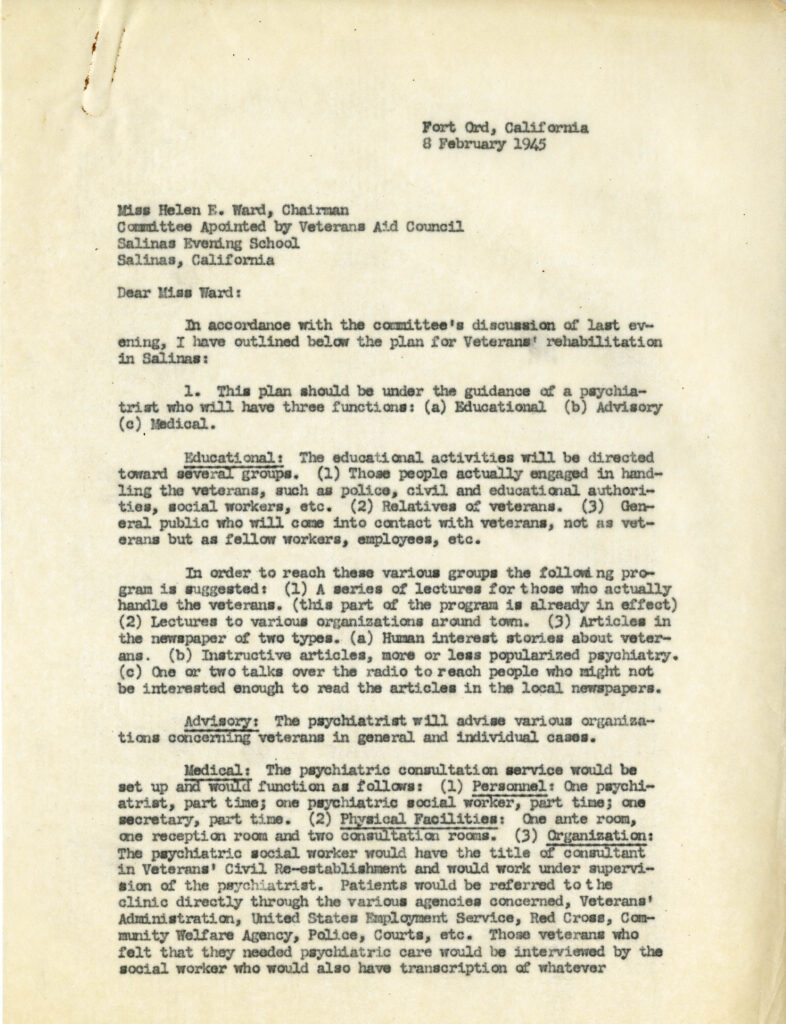 The meetings were by all accounts well attended and very successful. Participants included local employers such as PG&E, representatives from the Teamsters Union and many educators, social workers and members of the general public 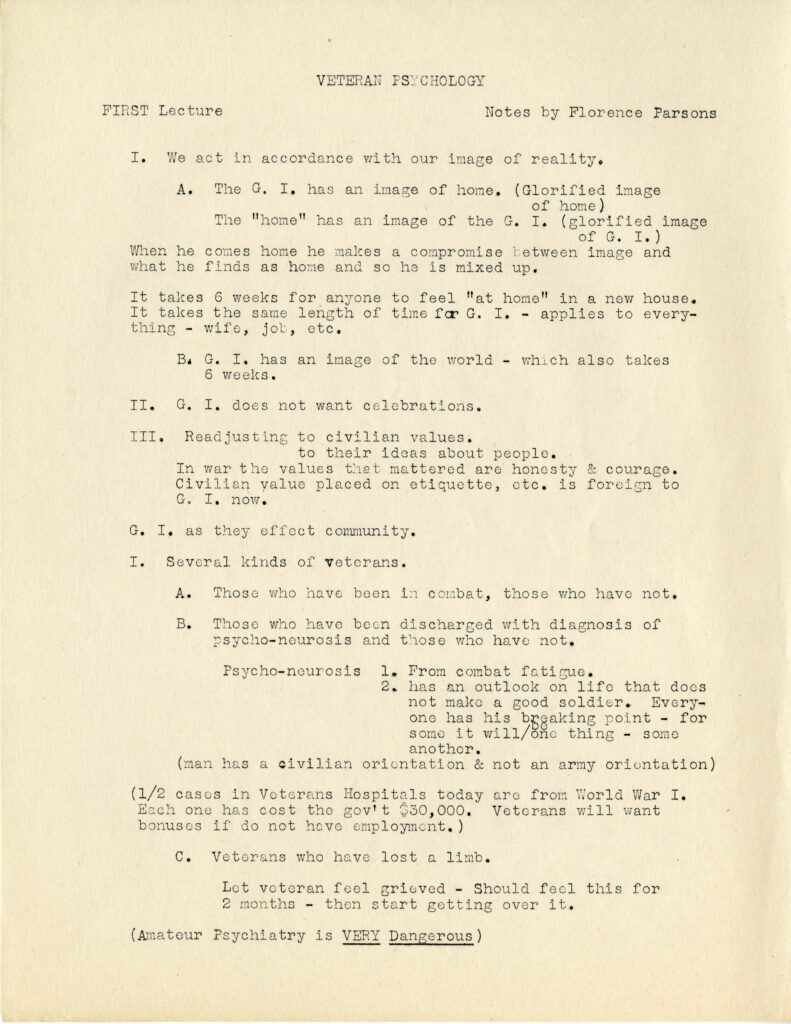 Berne also penned this impression of the typical soldier who may be suffering from “psychoneurosis”. 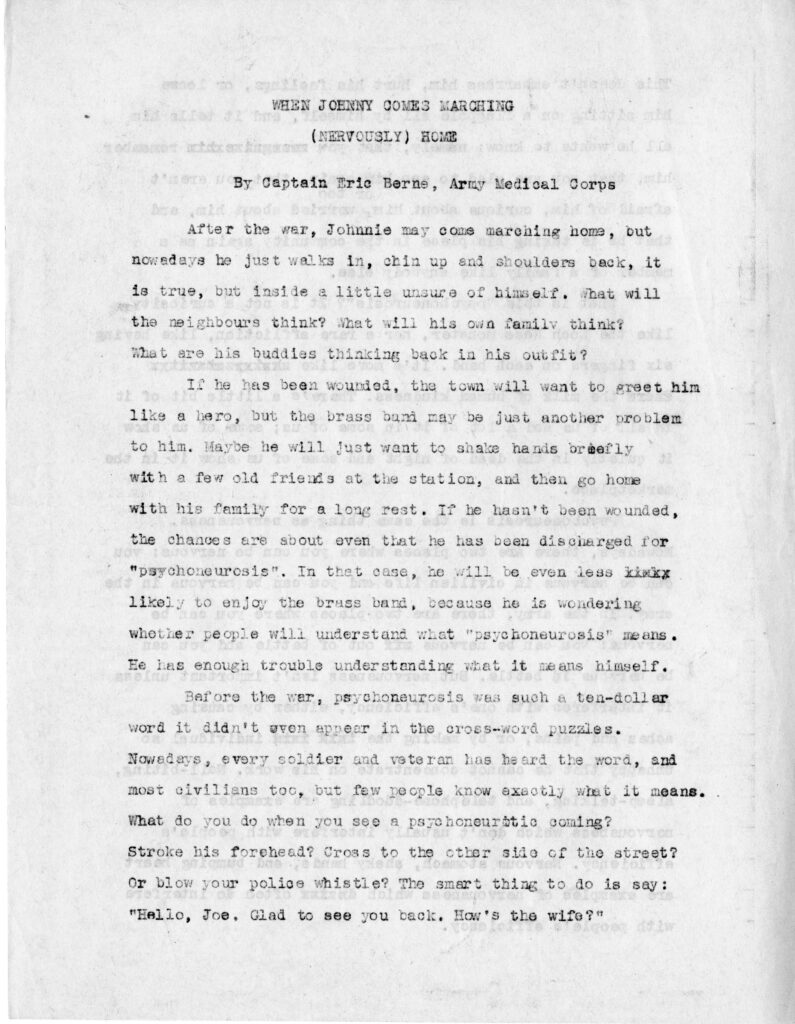 MSS 89-12 contains additional correspondence and records of Berne’s wartime service that give us an understanding of his development as a psychoanalyst and especially his great sympathy toward veterans and interest in helping them readjust to civilian life. Some of these records are currently undergoing digitization. Browse the finding aid for the collection here: http://www.oac.cdlib.org/findaid/ark:/13030/c83b626p