In honor of Black History Month, we’re highlighting the UCSF Black Caucus, 1968-1982. The Black Caucus was formed at UCSF in May 1968, a month after the assassination of Martin Luther King, Jr. As stated in the organization’s bylaws, the caucus was “a forum open to all black men and women on campus. Here they may openly express themselves regarding matters of race as they affect life on the campus and the community.” 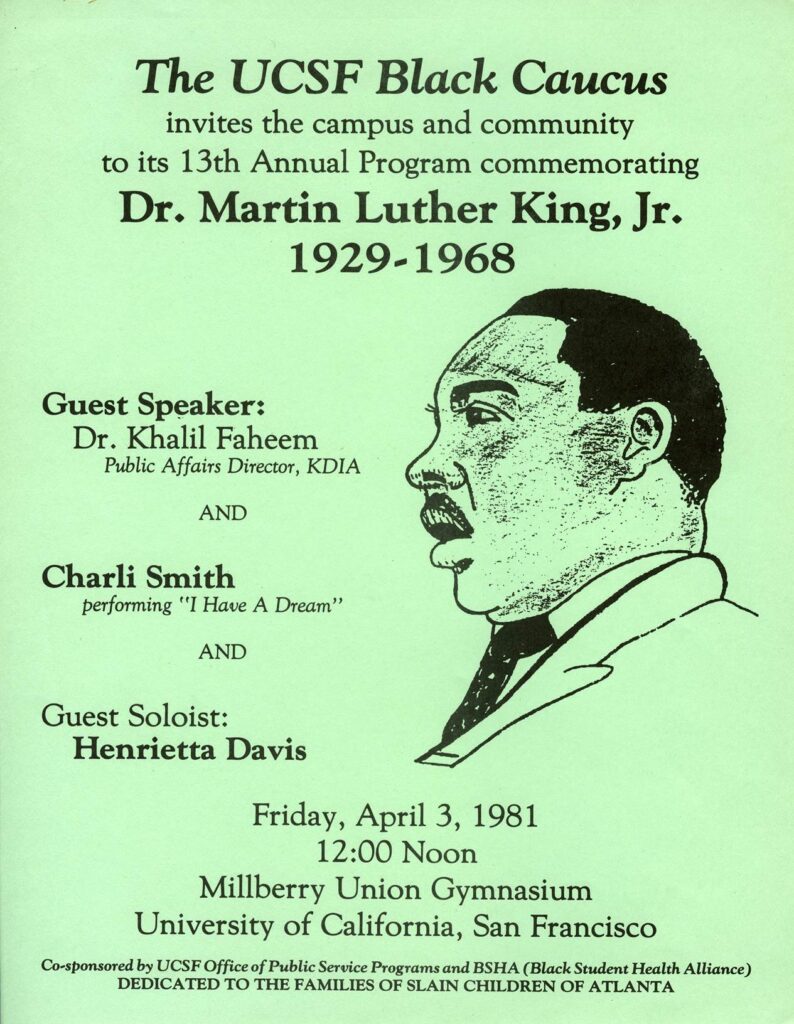 The caucus engaged in a variety of civil rights initiatives and social justice projects. Members fought to increase minority student admissions, supported custodial and technical staff in labor disputes, and campaigned for more diverse hiring at all levels of the university. They shared personal stories, event updates, and project achievements in a newsletter named the Black Bulletin. 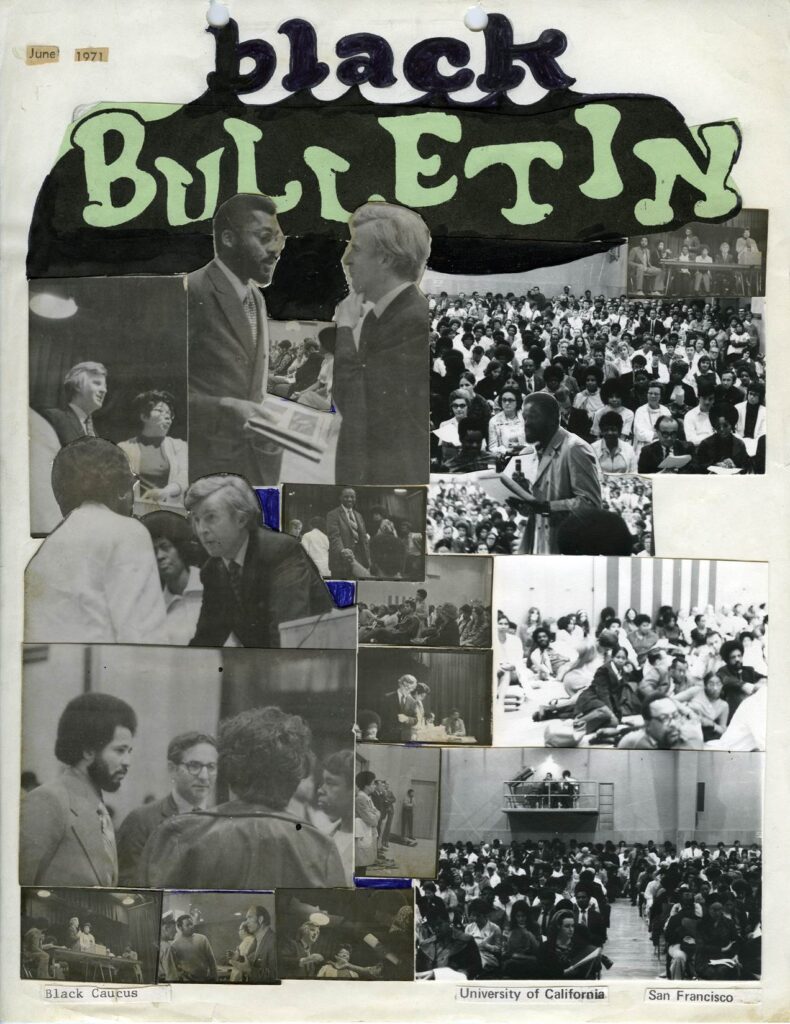 Notable UCSF figures helped found and lead the Black Caucus. For instance, UCSF Medal winner Joanne Lewis served as one of the organization’s first chairpersons and organized the publication of the Black Bulletin. Lewis became the first Affirmative Action Coordinator at UCSF and was later named Assistant Vice Chancellor for Capital Projects and Facilities Management. Lewis mentored students throughout her career and advocated for the advancement of women of color at UCSF. 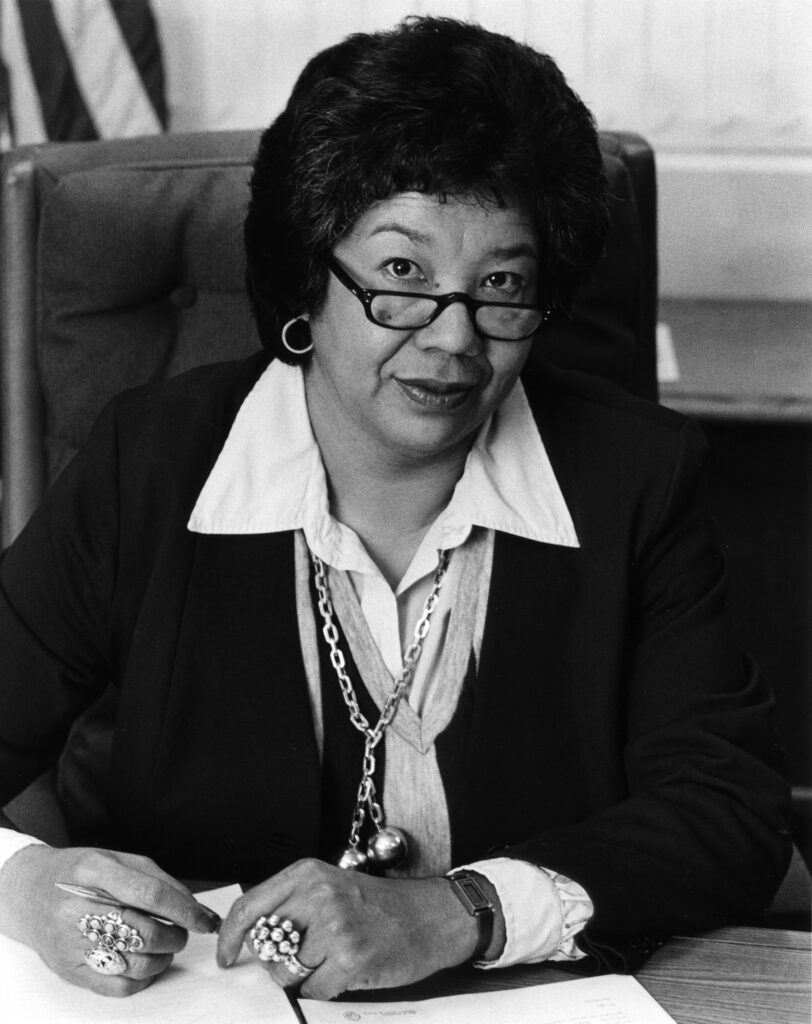 Black Caucus efforts supported a legacy of public service and community involvement at the university. For example, following the death of civil rights activist and UCSF pharmacology professor Dr. Thomas Burbridge in 1972, the caucus proposed that one of the Chancellor’s Public Service Awards be named in his honor. Chancellor Philip Lee approved the proposal and today the Burbridge Award recognizes university individuals whose activities promote social justice and enable equal access to education and employment. 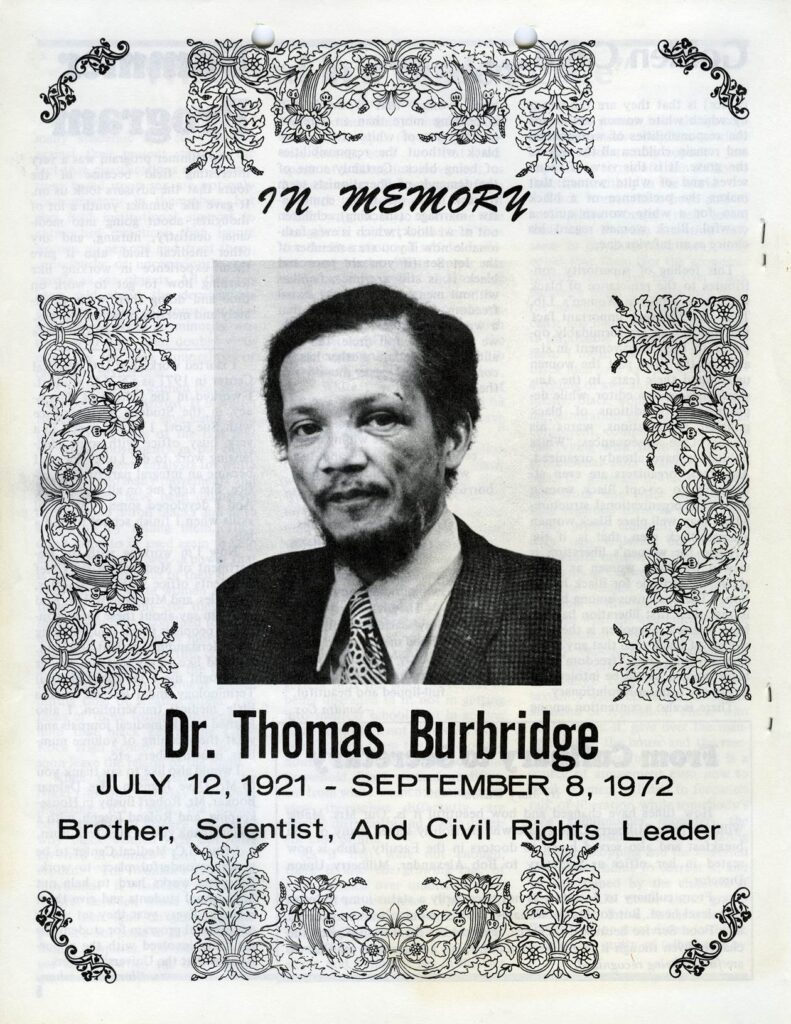 A memorial to Dr. Thomas Burbridge on the back cover of the October 1972 edition of the Black Bulletin, created by members of the Black Caucus. MSS 85-38, carton 1, folder 41a

The passion and dedication of Black Caucus members helped shape UCSF’s commitment to diversity and equal opportunity. To learn more about the organization, register to see the Black Caucus records, MSS 85-38. You can also check out the papers of Dr. Thomas Burbridge, MSS 79-4.