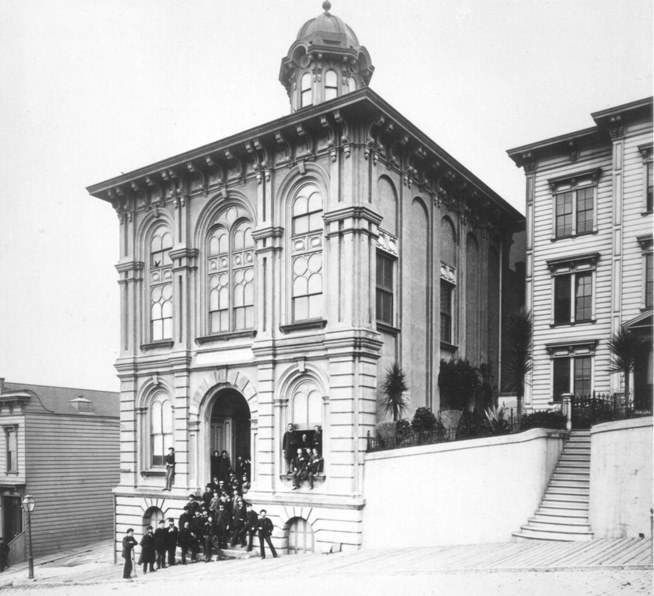 Significantly, the origin of the U.C. Medical Department became California’s first State-sponsored school of medicine. The Regents of U.C. and the U.C. Medical Department Administrators joined forces to establish the State’s authority for medical licensure and established the standards of excellence for physicians, by creating and sharing oversight of the new California State Medical Board.

In 1873, the U.C. Medical Department accepted in its first class of students the first female medical student, Lucy M. F. Wanzer, who graduated in 1876. She established her practice in San Francisco and in opposition to the medical establishment of the San Francisco Medical Society she was accepted as its first female member, becoming an officer and then president soon afterwards. Despite the pre-eminence of her professional career, she could not vote until passage of the 19th U.S. Amendment to the Constitution in 1920 (read Dr. Sherins paper: Dr. Lucy M. Field Wanzer, First Woman Graduate U.C. Medical Department ).

Another well-known lady of San Francisco, Emma Sutro, daughter of SF Mayor, Adolph Sutro, also graduated from U.C. Medical Department in 1881. She became a physician despite great opposition by her father, who believed that women of such a socially elite family did not become doctors. Despite his misgivings, Sutro gifted the Regents of U.C. with part of the property from the Land Grant, Rancho San Miguel that he had purchased. That land became the campus of the “Affiliated Colleges” of Pharmacy, Medicine, Dentistry and Nursing. 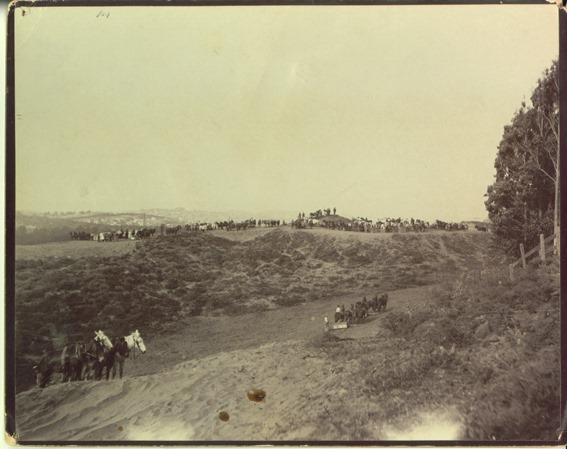 Grading the site of the Affiliated Colleges, August 29, 1895.

Because of the devastation from the 1906 Earthquake and fires and the discovery of rats in the SF City and County Hospital in 1908, which risked a plague epidemic, the facilities of the Affiliated Colleges on Parnassus Heights became the premier sight for hospitalization in addition to medical education. 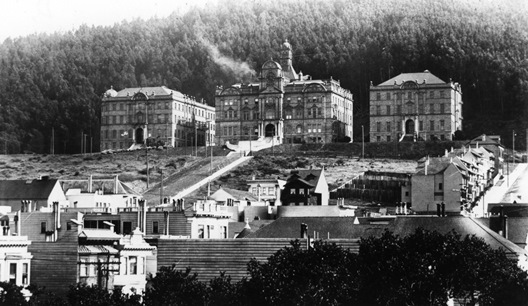 In 1956, the ranking of the U.C. Medical Center was elevated to independent status as the University of California, San Francisco, making possible its administrator to receive the title of Chancellor (read Dr. Sherins papers: The Origin of UCSF: An Illustrated Retrospective).

Robert S. Sherins, MD graduated from the UCSF, School of Medicine, Class of 1963 and was certified by the American Board of Ophthalmology in 1972. He served on the active medical staff of Saint John’s Health Center, Santa Monica, California, from 1970 to 1997 and was Chairman of the Ophthalmology Section of the Department of Surgery from 1980 to 1986, as well as participating in the clinics and classes supported by the Southern California Lions Eye Institute at Saint John’s Hospital. Dr. Sherins completed his residency at Wadsworth Veterans Hospital and the Jules Stein Eye Institute at the UCLA School of Medicine in 1970, serving on the Clinical Attending Staff until 1984. He has been an active member of the Bay Surgical Society of West Los Angeles since 1973, serving as chairman in 1985 and historian since 1985. He is a founding member of the Saint John’s Physicians Alumni Association since 1997; serving as Chair from 1997-2006; and as Historian since 1997.

2 thoughts on “Reminiscences about UCSF History”