The Eric L. Berne collection includes over 300 rare books from Berne’s personal library. Published between 1829 and 1984, these volumes illustrate Berne’s study of medicine, psychology, philosophy, folklore, and therapeutic techniques, as well as his published work. The researcher will find medical textbooks from Berne’s student days at McGill University in Montreal, Canada, practical manuals from psychiatric clinics and hospitals, popular “self-help” books of the 1950s and 1960s, and weighty tomes on psychoanalysis by major thinkers like Freud, Erikson, and Federn. Many books are underlined and annotated in Berne’s handwriting. 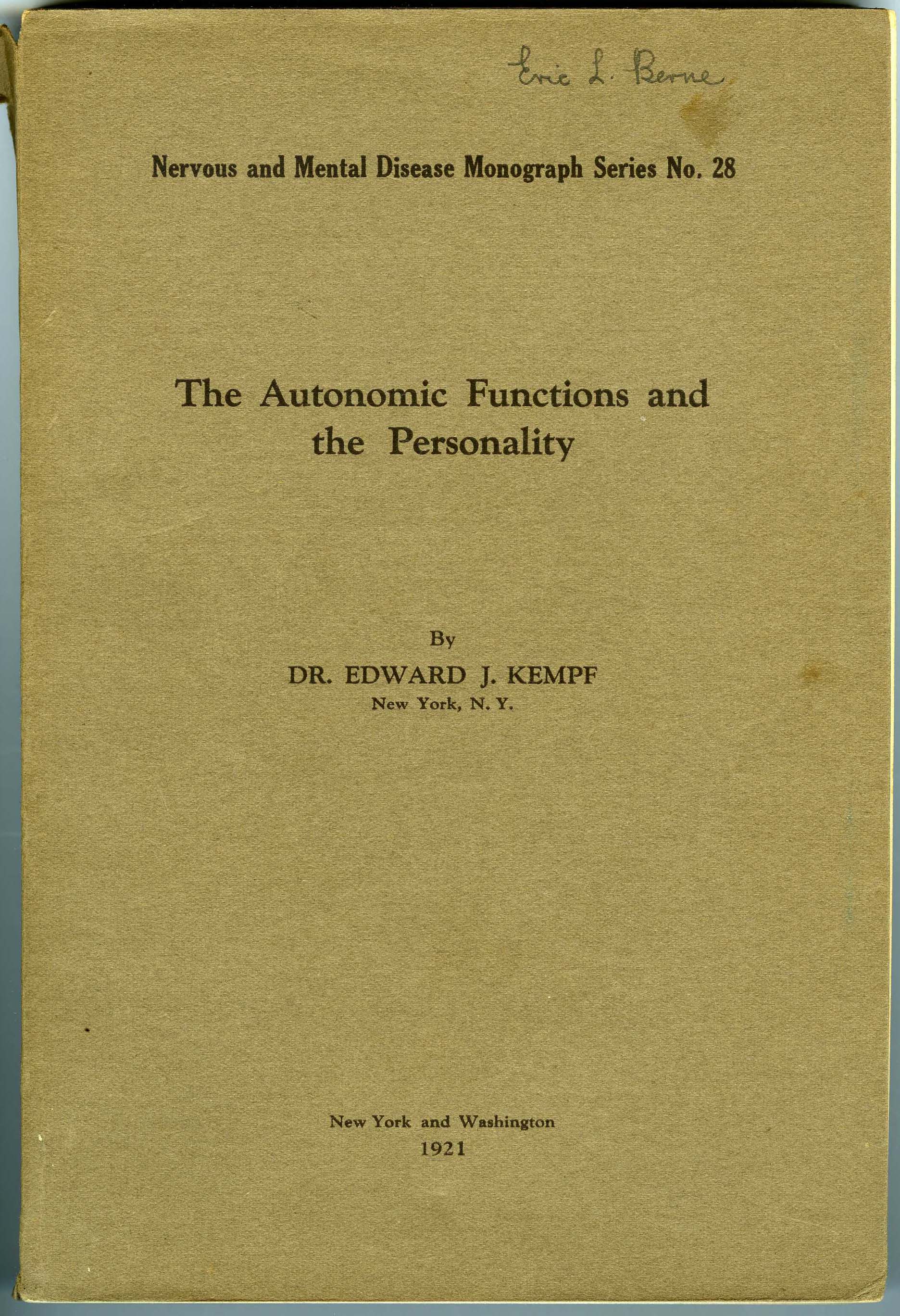 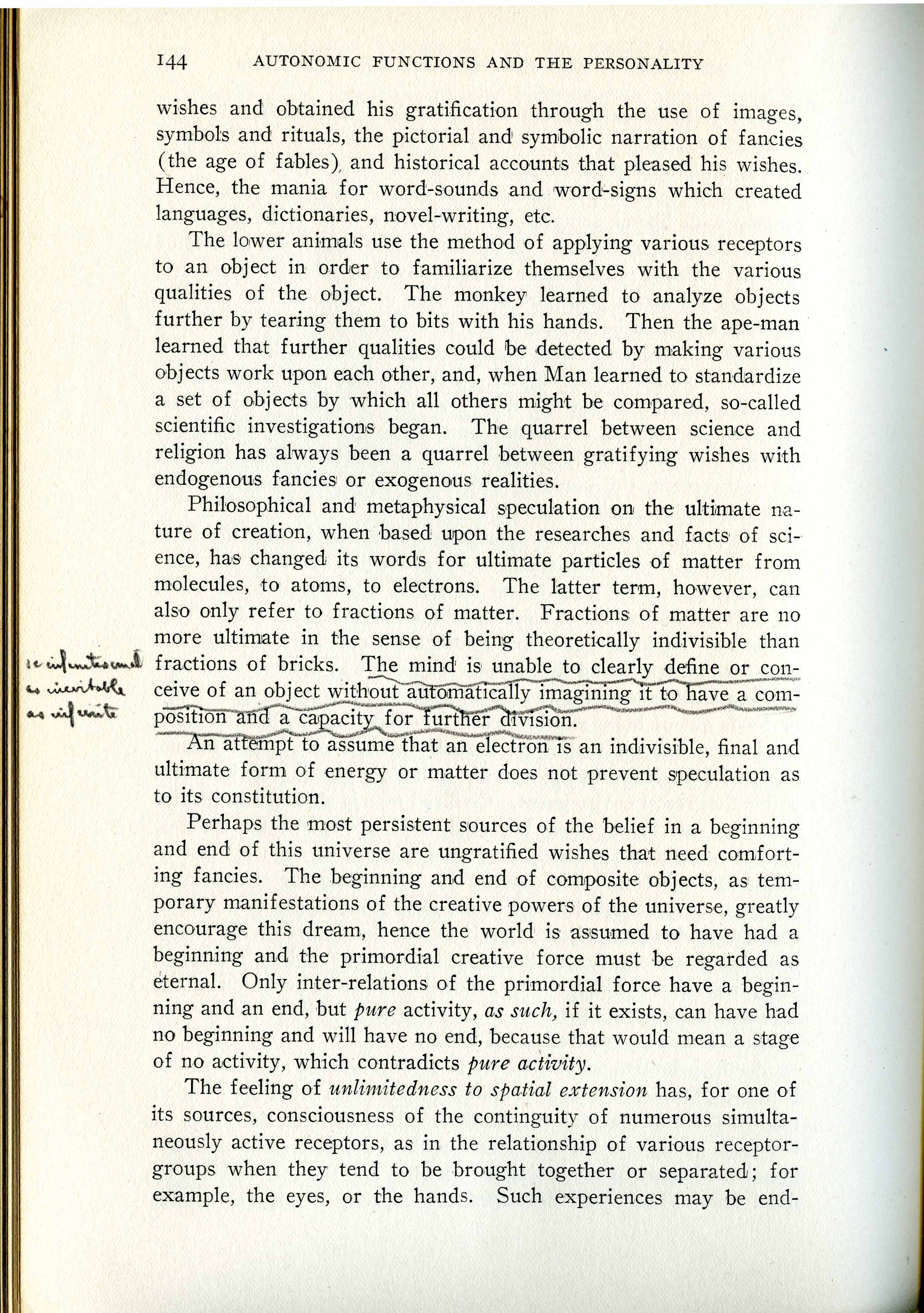 Berne’s annotations in “The Autonomic Functions and the Personality”

The collection also includes copies of Berne’s published works. His 1964 best-seller Games People Play was translated into nearly twenty different languages, and the Italian, German, Danish, Finnish, Swedish, Hebrew, Chinese, Norwegian, and Dutch editions are represented on the shelves. Working copies and first editions of The Mind in Action, A Layman’s Guide to Psychiatry and Psychoanalysis, The Structure and Dynamics of Organizations and Groups, Principles of Group Therapy, Transactional Analysis in Psychotherapy: A Systematic Individual and Social Psychiatry, and What Do You Say After You Say Hello? are available, as well as works by other contemporary and later practitioners of Transactional Analysis. 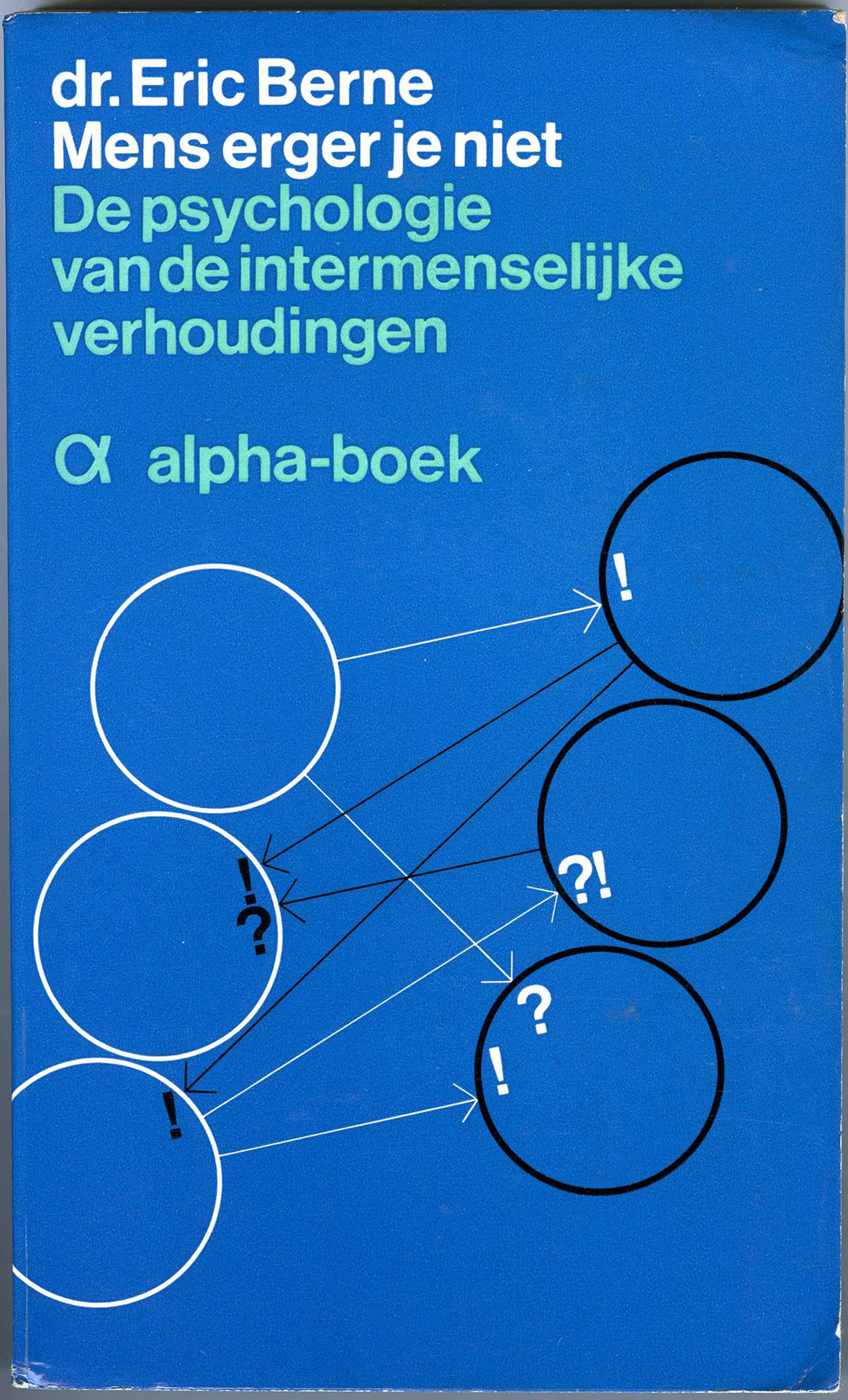 The rare book collection will soon be searchable through the UCSF Library catalog, and is available to researchers in the Archives and Special Collections Reading Room.