A new project to process the manuscripts and personal papers of Eric Berne, bestselling author of Games People Play and the founder of the Transactional Analysis approach to psychotherapy, is now underway. The project will produce detailed collection guides and provide online access to significant records of Berne’s life and work.

A Canadian-born psychiatrist who settled in San Francisco and Carmel, CA, Eric Berne developed his theory of Transactional Analysis (TA) to augment the traditional thinking of psychiatrists and to provide better mental health care to individuals and groups. He viewed social interactions as basic exchanges, or “transactions” between people, who acted from one of three ego-states (Parent, Adult, or Child) in order to get what they want. Berne termed these common transactions “games” and analyzed them using frank and often humorous titles like “Why Does This Always Happen to Me” (WAHM) and “Let’s You and Him Fight” (LYAHF). When Games People Play was published in 1964, it sold over 2 million copies and spent 111 weeks on the New York Times bestseller list. 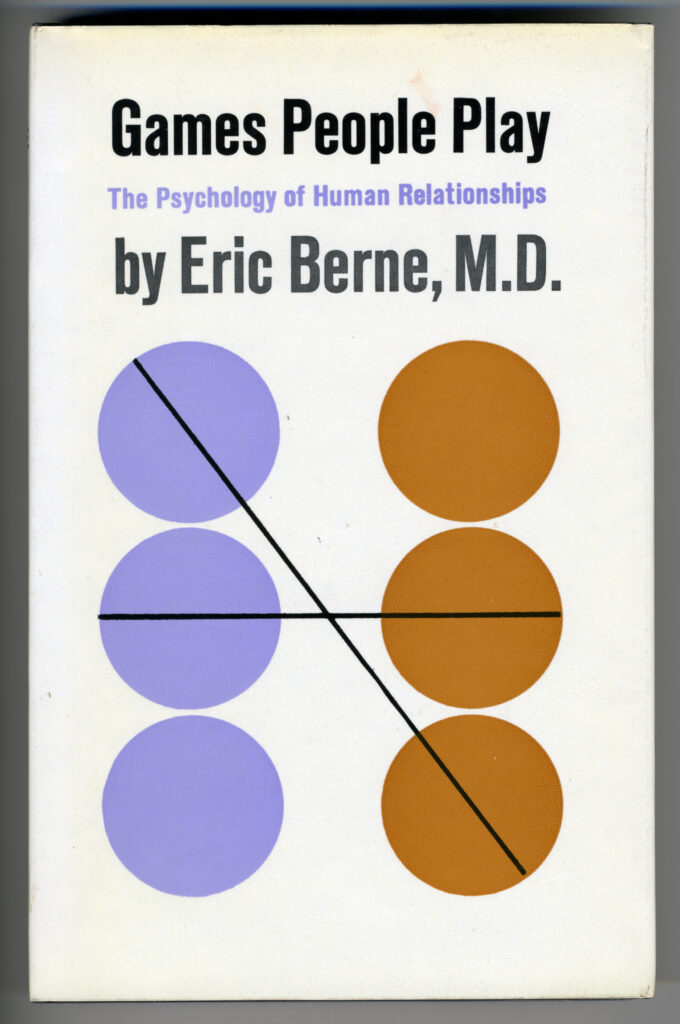 In addition to his writing career and his private practices in Carmel and in San Francisco, Berne ran popular Tuesday evening seminars from his home and consulted with psychiatrists in the United States and around the world. He founded the International Transactional Analysis Association in 1964 to connect TA practitioners and to provide continuing education through lectures, conferences, and publications.

Berne also gave lectures at UCSF’s Langley-Porter Psychiatric Institute during the 1960s. He was the headliner for the 1966 Jake Gimbel Sex Psychology Lecture series, and later turned his material into another major book (Sex in Human Loving). 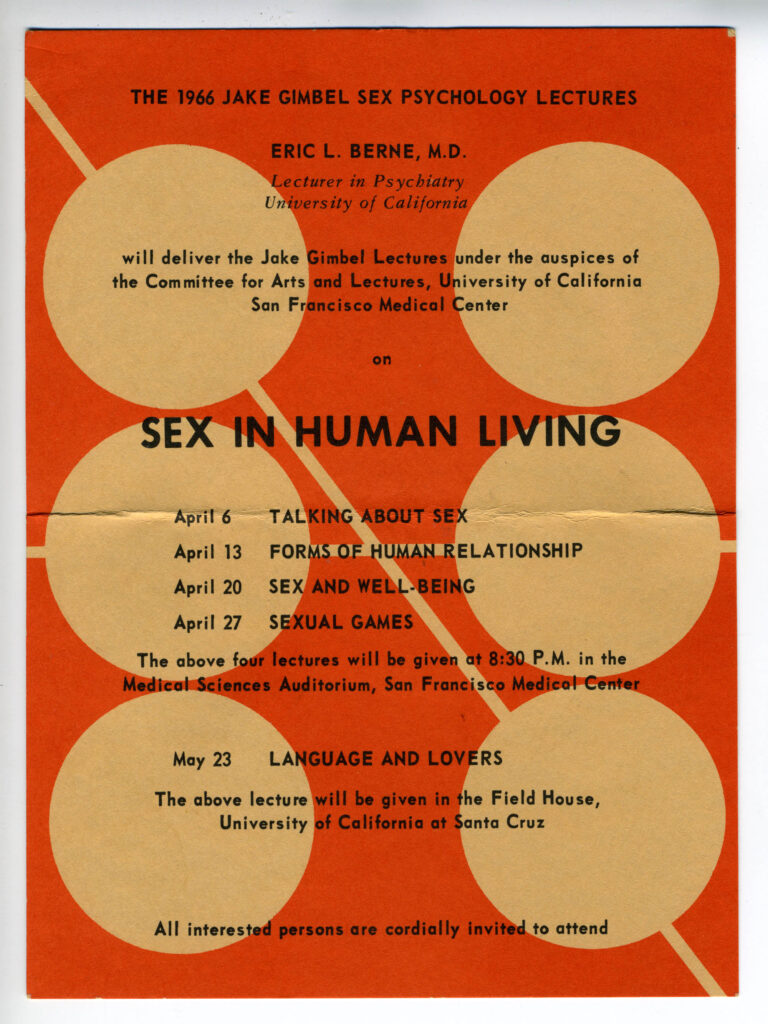 Postcard for the 1966 Jake Gimbel Sex Psychology Lectures at UCSF

Thanks to the recently received gift, several different collections of Berne’s papers will now be preserved and organized for researchers and visitors. As a first step, we’re surveying the 26 boxes and cartons of material and have already uncovered original drafts of Berne’s writings, travel diaries, and letters from major figures like Gertrude Stein and Alfred Kinsey, as well as from hundreds of Berne’s fans and fellow practitioners.